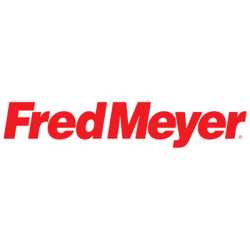 What is the phone number for Fred Meyer?

Where is Fred Meyer located?

What is the internet address for Fred Meyer?

How big is Fred Meyer?

What days are Fred Meyer open?

How is Fred Meyer rated?

Shelly in customer service is an angel.

Generally, I really like going to the Grand Central Fred Meyer. The people in the grocery and retail departments are very nice. Unfortunately, I can't say that about the jewelry department. Recently, I bought a charm bracelet for my wife for her birthday and yesterday we took it back in to get it fixed because one of the charms fell off. I got the extra protection plan and didn't think that it would be a problem taking it back in. Boy, was I wrong! My wife and I were met by a younger blonde lady and a young man. The young man was fairly new and he was the one that took care of us. He was very friendly and helpful. On the other hand, the blonde lady was very rude and acted as if we were a bother and were trying to scam her. Also, I think she's the manager. Anyway, after we showed them the receipt and we got it taken care of we were told by the young man that it would be about a week. Well... we decided to do some more shopping when we were immediately called and told that the charm had been fixed. We were like... that was really fast! Obviously, the blonde lady couldn't be bothered to turn it into her repair person and bent the clasp back herself and called it good. My wife asked the young man what if the charm falls off and gets lost? He said that it would be covered if that happened. He also added that the blonde lady said that we would say something like that... again as if we were trying to pull a scam. My question is...Why offer a protection plan if you're going to treat people like second rate citizens if they use it??? I was very disappointed with this experience to put it mildly, but I kept my cool. Needless to say, I will be taking the bracelet to another Fred Meyer jewelry store in the future if I experience any more problems, as well as, any of my future business.