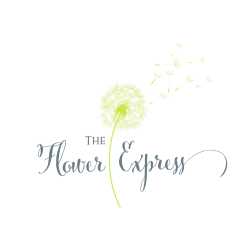 The Flower Express proudly serves Vancouver and surround areas. We're family owned and operated, and committed to offering only the finest floral arrangements and gifts, backed by service that is friendly and prompt. We always go the extra mile to make your floral gift perfect. Let The Flower Express be your first choice for flowers.

What is the phone number for The Flower Express?

Where is The Flower Express located?

What is the internet address for The Flower Express?

The website (URL) for The Flower Express is: http://www.theflowerexpressinc.com?y_source=1_OTU3NTMzNC01NDUtbG9jYXRpb24ud2Vic2l0ZQ%3D%3D

How big is The Flower Express?

What days are The Flower Express open?

How is The Flower Express rated?

The Flower Express has a 4.3 Star Rating from 72 reviewers.

Helpful and kind. Another flower store dropped the ball on my flower order a the last minute and these kind folks put together an amazing arrangement of a dozen red roses in a beautiful vase in the final quarter of Valentines Day :) thank you, thank you!

On June 9th the $30 credit showed up on my credit card. Hence I added a star. In April, I ordered two arrangements for my twin daughters 31st birthdays. I gave the florist a $75 budget for each arrangement which was to include a mylar balloon. I had no problem with the additional delivery charge. When I saw a photo of the arrangements I cried. I've bought better at the grocery store for $25. The bouquets had 1 rose 1 tulip and the rest was a few cheaper flowers and green fillers. I contacted the shop to share my disappointment all I got was excuses and how badly I had hurt her feelings. I forwarded her the pic and she agreed to refund $30. Here it's a month later and no credit has shown on my credit card. She claims she did it but I never got it it. I have given up! I've given them a month of chances and hate to give 1 star review but they don't deserve any better.

Ordered two giant floral arrangements for my grandfathers funeral and I was blown away with the beauty they each contained. Not only crafted so beautifully, but they also lasted for weeks to come.

My mom absolutely loved the Lovely Lavender bouquet, and the candle smells amazing (love the sparkles on the top of it). Thank you so much for helping me with this special day!