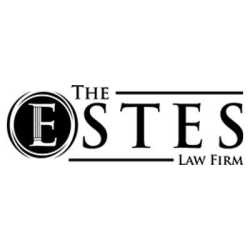 At The Estes Law Firm, you’re more than just one of our clients. When you work with us, we take every possible measure to get the results you need. Whether you are looking for compensation for pain and suffering or advice on how to proceed in a wrongful death case, we’re here for you. When you choose The Estes Law Firm, you’re guaranteed an attorney with years of relevant experience. Our two attorneys are well-versed in Texas law and can help you better understand the legislation governing your case.

What is the phone number for The Estes Law Firm, P.C.?

Where is The Estes Law Firm, P.C. located?

What is the internet address for The Estes Law Firm, P.C.?

The website (URL) for The Estes Law Firm, P.C. is: https://www.estespc.com/

What days are The Estes Law Firm, P.C. open?

How is The Estes Law Firm, P.C. rated?

I have complete trust in Joshua Estes... He took care of my case and I received way more than I expected. I highly recommend them. And Mr. Estes his Father and the lead Attorney has the biggest heart in Texas

A good place with good people that helped me with my case.

William Estes and the team here at Estes Law Firm are a great bunch. They have helped me so much through my experience. From being patient while trying to understand things to helping financially. Thank you so much to Tammy, William and other staff members. -Richmond, TX

They make an appointment with you, and failed to show up for appointment. Waste of time.
Thank for the reply and I would of accepted your comment, but I think you must of been talking about another person.
Let me describe what happen on my visit. I sat in office and was told that Mr. Estes (father) would be with me in just a few mins. Several mins I asked what was the delay? I was told he was not there. He was at lunch and he wanted his son to visit with me and he was in the office at this time. (This would of been successful) As time went by 10 mins later someone came in room that I was waiting in and informed me he was in court, but was on his way back. I was told it will be just a few more mins. Then after 10 more mins, I questioned if I should reschedule and they said, no he is here and I will meet Mr. Estes (son) in just a few more mins. At this time I could her people talking and come to find out he really was not in the office. A young ladies opened the door and stated Estes (son) would not be back today. I had to inform them I would not be back because of lack of communication that I noticed and I would not conduct business or have someone represent me that fails to follow basic communicate skill. She smiled and shook her head and said she understood. I left and felt I should let my followers know how I was treated.

these folks are who you want.