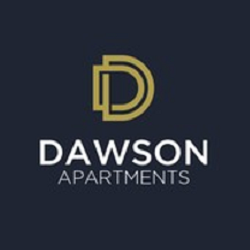 THE DAWSON Welcome to The Dawson, where luxury living meets an ideal location in the heart of the Energy Corridor. These upscale apartments for rent in West Houston are available in spacious studio, one, and two-bedroom floor plans filled with premium amenities. The neighborhood surrounding these apartments in West Houston features a range of shopping and dining destinations for your convenience. CityCentre and Memorial City are packed with a variety of stores for every errand, a plethora of delicious eateries for each meal of the day, and a range of entertainment destinations for fun and leisure.

What is the phone number for The Dawson?

Where is The Dawson located?

What is the internet address for The Dawson?

What days are The Dawson open?

How is The Dawson rated?

Such a beautiful Community alone with amazing service. James Reed the property manager & staff goes above and beyond for their residents. Definitely recommend!

Hours of operation aren't accurate, and tours are only done by appointments. Their office is Open on Sundays, but they're not "open" for business. I will comeback during the week to see if I need to change my review, or to expand on the current one.

After being told that I was approved for move-in earlier last month and me sending emails and leaving numerous telephone messages, all of which remain unanswered, that requested a move-in date, I was told that my application was declined several weeks prior today. I was also told that my documents were not uploaded in time though the documents were received the day after they were requested. Then I was told that my income was the reason as if the staff was covering their tracks for mishandling my application. The management was highly unprofessional and has caused me to never want to deal with any communities managed by RPM.

I was looking to relocate and came upon The Dawson while driving around. After touring the property I was very impressed. Two pools, a two story gym, unique floor plans and convenient location were just a few of the features that made me want to live there. The staff is super friendly and accommodated us for a tour even though they were busy with another appointment. Definitely recommend!!