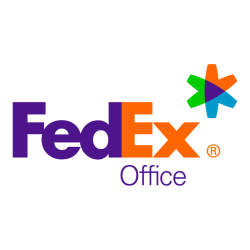 What is the phone number for FedEx Office Print & Ship Center?

What is the internet address for FedEx Office Print & Ship Center?

Went to Kinko's to make emergency copies on 7/30/21 around 4 pm. I was with my brother whom had to make the copies and I had arrived at Kinko's earlier than he did. I was waiting for him in the store minding my own business, and I could see that the employees were behind the counter and looking in my direction and whispering as if I was doing something wrong waiting for my brother in order to make copies. My brother arrives and we make the copies, and sure enough, a Security personnel enters the store and stands around a bit, and behaves as if he wants to make some copies, but is monitoring me as I am doing nothing. I am dressed properly in jeans, and a long sleeve dress shirt and following the protocol of wearing my N95 mask in the store and yet I was profiled by the employees at the store. Very terrible feeling and would definitely not go to this store again. I called the store manager about the situation and he apologized and stated he would talk to the team about it.

Jessie took care of business. Professional and helpful. Much appreciated.

Do not come here. The person in the counter was extremely rude. His name is Omar. This morning (5/1/21) I was with an infant waiting for 30 in the lane and it was my turn this person treat us in worst way ever. I was trying to send som documents to a certain address and he didn’t want to do it... I told him I did send documents to that address before from the same location and he told was treating me as I didn’t understand what he was saying... horrible experience... do not go!!!!!!