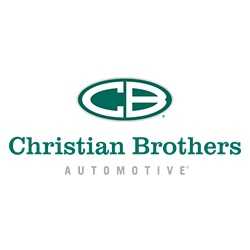 At Christian Brothers Automotive, our mission is simple: to create an uncommonly great experience for our customers. Since 1982, thats exactly what our team of auto repair professionals have been doing all over the country. Christian Brothers Automotive has served countless customers and has proven that you really can feel comfortable and confident about your car repair. If youre having problems with your vehicle, we invite you to call our friendly team today.

What is the phone number for Christian Brothers Automotive Space Center?

What is the internet address for Christian Brothers Automotive Space Center?

Overpriced and dishonest. I'm a small business owner in Pasadena. I took my wife's vehicle to CB in Pearland for brake-related issues. Their diagnostics came back with roughly $2,500 in repairs. I wound up getting an oil change and alignment.
Fast forward 2 months. I took the same vehicle to CB in Pasadena for brake-related issues. Their diagnostic came back with roughly $1,200.00 in repairs, including replacing a failed ABS module. I approved all services to the tune of $1,200.00. CB called back a few minutes later to tell me that there was a national back-order on the ABS module, which I'd already known about because I had just left Central Houston Cadillac for the same brake-related issues. No problem. Order the part. Finish the rest of the approved work.
I got the electronic receipt for the amended services at the CB Pasadena location. The price reduced by the exact amount of the ABS module, which they had ordered. However, the labor charge did not adjust for the non-install of the ABS module.
When I arrived to pick up the car, I asked TJ about the services charges for the ABS module. She, with as straight a face as any angel could muster, said you were only charged for the services provided today. I thanked her with my owned mustered smile and drove away with my wife's car.
Here's the real kicker. That little electronic estimate they send you: they control it on their end. No matter what you see initially, they can amend it and you have no written record of your original estimate.
Finally, I was just trying to find an honest place to take my wife's car. I told TJ two very specific things when I walked in: 1) I have an issue with the wheel bearings on my wife's car. I think the magnetic ring on one of the bearings has deteriorated, causing the ABS sensor to fail. (I'd seen video after video of this issue with the Cadillac SRX). However, the wheel bearings were never looked at. 2) The second specific thing I told TJ when I walked in was that I didn't want to pay for diagnostics again. I've already had that done at CB Pearland. She told me there would be no diagnostic fee, then proceeded to push their paperwork in front of me for a signature. The paperwork plainly authorized $198.00 in diagnostics.
CB are nice people. But, so are a lot of folks who don't have a problem sticking you in the back while smiling in your face.

The oil filter was more specialized and more expensive but they let that go because financially I wasn't prepared for the price difference. That was a real relief and I appreciate that.

Went in for an oil change and tire rotation today. Very polite and friendly service, started at my scheduled appointment time and waited in their clean waiting area a reasonable amount of time for them to finish (+/- 45 min). Service reps text me with a multi-point inspection report with pictures and frequent updates while I waited. This will be my go-to auto service place from now on. Services: Tyres, Oil change