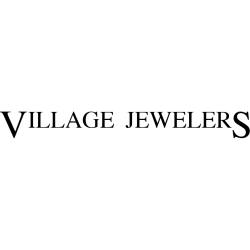 It all started in 1981 when Phillip Samuels opened the first Village Jewelers in Dallas. Village Jewelers began with one store which successfully grew into a chain of six locations operating in the Dallas/Ft Worth metroplex. After 30 years in business, he and his family decided that they wanted to be a small family business again to enable them to give even better discounts to their customers. They decided to close down all of their locations and start working out of their headquarters in Frisco, Texas. With lower company expenses, we are now able to offer you, our client, without a doubt the best value in the state of Texas. Today we are still family owned and are selling wholesale direct to the public. Come visit us in our one and only location so that we can surprise you with our wonderful service and a huge selection of engagement rings, loose diamonds, and jewelry. We do custom design and manufacturing of jewelry. We also do jewelry repairs, watch repairs, and battery replacements for almost any type of watch. Most jewelry repairs can be done the same day or same week. We pay cash for all gold, silver, diamonds, and jewelry in any quantity. Love Happens. We'll be waiting...

What is the phone number for Village Jewelers?

Where is Village Jewelers located?

What is the internet address for Village Jewelers?

How big is Village Jewelers?

What days are Village Jewelers open?

How is Village Jewelers rated?

Village Jewelers has a 4.4 Star Rating from 19 reviewers.

To compare Village Jewelers, or the owner Brett Samuels, to any other jewelry store is an insult to the jewelry industry as a whole.
Deplorable customer service, lackluster product quality, and zero attention to detail during jewelry repair are all reasons for this review.
I visited Village Jewelers to purchase a diamond necklace where I first met Brett Samuels. I had an idea of what I was looking for and asked Brett for advice. He was less than helpful determining the length and how the setting would be attached, instead focusing on the price. At this time I could not tell Brett was the business owner, he presented more like an unhappy salesman than the owner of a jewelry store. I continued with the purchase but should have known that the service would not improve.
The necklace was made by cutting a white gold chain and soldering the severed ends of the chain to a diamond setting. The necklace broke at the weakened soldering point within 6 months. I returned to Brett, was told that I would be charged, and was asked if I wanted to change anything about the necklace. I didn't want this to happen again and asked for a bail to be added to the setting rather than soldered the chain directly to the setting. Brett obliged and said it would take a few days.
Returning a few days later the necklace was presented with an obscenely large bail, ruining the aesthetic of the necklace. I asked why it was so large and Brett replied, "that is what you asked for." I asked for the bail to be smaller and to fit the aesthetic of the necklace. At the time, I could not believe this was presented as a product from a seemingly reputable jeweler.
After a week, I return to pick up the necklace and notice the original chain was still used, soldered where it was originally cut (and subsequently broke) changing the overall aesthetic of the chain. The setting and bail were finally acceptable, and I reluctantly took the necklace after being told they refused to use a new chain. This is now a pattern, Village Jewelers or it's owner Brett Samuels do not consider customer satisfaction to be a priority.
The necklace broke at the edge of the soldering on the chain twice more before I finally asked Brett about the opportunity to sell it back. Brett argued that he did not offer to buy back the necklace by yelling and cursing. Stunned, I asked for the owner's information, this is when I learned Brett was the owner. Brett then started telling me to leave his store, his voice shaking noticeably from anger. To say Brett Samuels is unprofessional as a salesman, let alone business owner, would be an understatement.
I asked if he would process the return like he offered at purchase. Brett walked toward the safe and yelled and asking how much I paid. Brett grabbed cash from the safe, threw it on the counter, and told me to leave as I asked for a receipt of the return. Brett threatened to call the cops and stated, again yelling, "You have cash, you don't get a receipt." I obliged and asked him to make the call, saying I would be happy to explain that I was refused a receipt for refund. He picked up the phone, held the phone for a moment then hand wrote a receipt and threw it on the counter just as he did the cash. I thanked him for the receipt and left, extremely disappointed in the owner Brett Samuel and the customer experience at Village Jewelers.
Avoid doing business with Brett or his company Village Jewelers. Brett Samuels, the owner, is less than helpful during the purchase process, will later lie, and repeatedly provide less than acceptable service for jewelry repair. Once again, to compare Village Jewelers, or the owner Brett Samuels, to any other jewelry store is an insult to the Jewelry industry as a whole.

If I could this would be a 0 star review. Immediately upon calling this place there was no sort of helpfulness or any sense of good customer service but I still went because it was the closest option I had. Regardless now I definitely wouldn't recommend this place under any circumstance, that is unless you're visibly rich which then of course you'd have a completely different experience then me. I had a ring stuck and needed it cut and resized. The cutting process was quick and easy as you'd imagine but wow did the resizing become a nightmare. I revisited this place a total of 5 times because apparently they don't know how to do their job. I first went to pick up my newly repaired and resized ring, no sort of greeting of course just a lot of awkward silence because if you're not carrying a name brand bag then you don't deserve any customer service. Anyways I was shocked by how botched the ring was, now I'm aware that increasing a ring size by more than 1 size may cause damage resulting in the perfect circular ring to look crooked but if I was given that information by someone with the knowledge, perhaps like a jeweler then I obviously wouldn't have chosen to size up so much. But of course I was treated like less of a person anytime I stepped foot into the store and they just wanted me out quick.
I even browsed some of their rings because I am looked for engagement rings and possibly customizing one but again never approached and asked if I need help, what I was looking for, nothing just stared at in hopes I'd leave quicker. I even asked the owner questions and while he answered it was as if I wasn't allowed to ask.
Anyways back to the resizing nightmare, less than 24 hrs after picking up my ring I noticed a small hole that wasn't there when I picked it up and so I decided to take it back. The owner was shocked to see me again but it clearly wasn't there before and I'm not just gonna be silent to avoid confrontation.
So I showed him and he admitted there was a problem but his jeweler was out and I could leave it for the weekend which I didn't feel comfortable with so I opted to drive back on Monday and leave it. He took it back and told me it's be ready the following day. When I went to pick it up he pulled it out and before even giving it back to me he realized something was wrong and went to try and fix it but couldn't then told me I'd need to leave it again for another day because guess what the jeweler was out! I told him to show me and now the hole was gone but there was a giant long black line going across the band.
Furious at how an owner could be so careless to call a customer and tell them their jewelry is ready, only to never look at it themselves until the customer wastes their time driving to their business is a sad excuse for a jewelry store. So again I was told it'd be ready the following day and guess what, a small portion of the dark line was still there as well as now another hole and even wonkier band. Again I pointed it out to the owner who at this point seemed to seek enjoyment from messing up my jewelry and waste my time.
He told me he could fix it again if I leave it another day. I declined and no apologies were ever given which at the very least would show some compassion and responsibility but nope I don't fit the look of a wealthy customer. I'm just a regular person and that doesn't cut it here. So I left with my now oversized oval shaped dark lines hole band and the owner didn't say a word.
I truly hope if even one person reads this and decides to avoid this place then I've done my job because this was one of the worst experiences of my life and prompted me to write my first ever review.

Brett is awesome!!
I had a custom engagement ring made for my fiancé there. All I did was take a picture of the setting I wanted and they made it to match the picture so perfectly!! Thanks Brett!! Oh and she said yes!
Steve

When my fiance and I were looking at engagement rings (this is a LONG overdue post and I hope they will forgive me), our family jeweler was out of what we were both wanting to spend.
After hours of research online and calling jewelers (I didn't want the center stone to be a diamond, and apparently that's harder to cater to), I found Brett. Not only does he work in precious stones and metals, he also works very heavily with semiprecious stones. He called me when stones were in for me to look through and see what I liked. He was insanely customer-oriented despite the lower price tag of the purchase. I love the work he did and I absolutely ADORE my ring.
We are having him do my wedding band to match, and we have trusted him (without fail) to fix heirloom jewelry.
Thank you for taking the time to walk us through such an important and meaningful purchase. Thank you for making all of your customers feel welcomed regardless of what they're buying. In this day and age, that kind of customer service is rare. I truly thank you for working with us and our budget!
We will definitely keep coming back, and I highly recommend such a lovely small business.