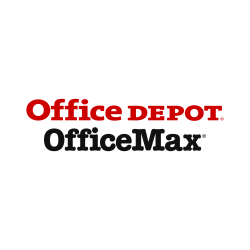 What is the phone number for Office Depot?

Where is Office Depot located?

What is the internet address for Office Depot?

How big is Office Depot?

What days are Office Depot open?

How is Office Depot rated?

Office Depot has a 4.1 Star Rating from 209 reviewers.

I had ordered a $200 Epson printer. Went by the very next day to pick up and manager aware me that printer had been released to an unknown person. Company policy is to check ID to make sure individal picking up items is right. How does a random stranger walk out with someone else's $200 item? And up to this day have yet had this situation resolved. 1 manager said she checked ID and it said my name. Another manager said it's not store policy to check ID. And of course the 3rd manager asneered my question when I asked. And YES it is store policy to check ID.

Well the customer service here is definitely lacking people are not only satisfied with giving out worthless products but somehow they think it comes out of there pockets as well. Simply came in to get some copies they couldn’t get that right. They obviously saw that I was completely unsatisfied especially after they charge me $15 for these copies. There was a small section of my copies that was cut off but it just happened to be one of the most important section. I obviously told them that I wasn’t happy with it and they said that that’s the way the printer prints . so if you need grade a printing you might want to look somewhere else.I would’ve been better just buying the ink and doing it on my own printer ,but I tried going here for convenience . But it looks like you’re 100 copies black and white is an inconvenience for them

Printing services handled my printing emergency in less than 10 minutes. Customer service was excellent and Adalina who works there took care of my situation. I was on a tight schedule to making my 9:15 AM meeting and I was able to have all of my materials before them. Thank you so much!

Went to buy a chair the first guy that helped me was awesome and helped me find it. Then I went to check out price was wrong to the price listed in the store and the price online. They price matched their price but then told me the veterans day discount was only for reg price items. The flyer says regular and sale items.