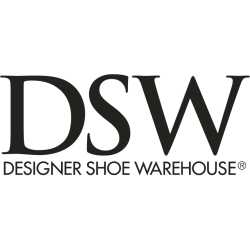 DSW Designer Shoe Warehouse is where Shoe Lovers go to find brands and styles that are in season and on trend. Each store features 25,000+ pairs of designer shoes for men and women from brands like Nike, Cole Haan, Sperry Top-Sider, Puma, Dr. Scholls, New Balance, TOMS, Vince Camuto and more. And shoes are just the beginning. Handbags, accessories, and kids’ shoes are also there—ready for customers to find just what they need. Plus, our free Rewards program, DSW Rewards, gives perks to its members (like Rewards certificates, offers, and other great stuff). Just shop, earn, and enjoy—it’s as easy as that. Because shoes say a lot about you—so say something great. DSW (Designer Shoe Warehouse) Inc. is a leading branded footwear and accessories retailer that offers a huge selection of brand name and designer footwear and accessories for women, men, and kids. DSW opened its first store in July 1991 in Dublin, Ohio, and has since grown to operate more than 400 stores across the United States, as well small format shop-in-shop locations. The DSW brand promise is “Designer shoes. Warehouse prices.” and the company delivers an experience of “breathtaking assortment, irresistible value, and simple convenience.” DSW stores average approximately 22,000 square feet and stock nearly 25,000 pairs of shoes per location.

What is the phone number for DSW Designer Shoe Warehouse?

What is the internet address for DSW Designer Shoe Warehouse?

The website (URL) for DSW Designer Shoe Warehouse is: https://stores.dsw.com/usa/tx/dallas/dsw-designer-shoe-warehouse-prestonwood-town-center.html?y_source=1_MTY1MTYxNy01NDUtbG9jYXRpb24ud2Vic2l0ZQ%3D%3D

DSW Designer Shoe Warehouse has a 4.3 Star Rating from 528 reviewers.

Just had the worst experience with the male manager in this store. I previously bought shoes worth $500 so the boxes would have made my items huge to carry, so I agreed with the sales lady I leave the boxes behind. Only to reach home and one shoe of a certain pair was too tight. Decided to return. I knew the box would be a problem so I called to ask if I could return the shoe despite not having the box. The person agrees that as long as I have an account with them I could return.
That male manager started scolding me like a child for not having the box. Didn’t even give me a chance to explain myself!
I was surprised to see the box of the new pair (same shoe) was good enough for the shoes I returned!
Sir, that was very rude! I was surprised you were a manager.

Not much of a dress shoe selection for men