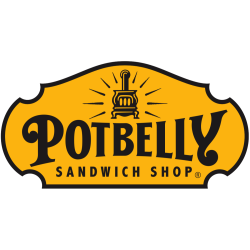 What is the phone number for Potbelly Sandwich Shop?

Where is Potbelly Sandwich Shop located?

What is the internet address for Potbelly Sandwich Shop?

The website (URL) for Potbelly Sandwich Shop is: https://www.potbelly.com/locations/texas/preston-forest

How is Potbelly Sandwich Shop rated?

Potbelly Sandwich Shop has a 4.3 Star Rating from 119 reviewers.

Today my wife and I went into potbelly’s and even tho it was short staffed and only one young man was attending to everyone in the lobby, he made it a very good experience. He went above and beyond to assist everyone Keith did an amazing job!

Food here is great, staff is friendly and prices are affordable. I'll definitely be a repeat customer!

The food us usually great here, unfortunately we got ours to go and it was all wrong.

I actually like Potbelly's tuna and vegetarian sandwiches. They're far better than the worse-than-7-11 hoagies at Subway. Unfortunately, all four of their salads come with chicken and you can't substitute tuna, at least not on the app. I gave this location three stars because I dropped in for a shake and they said they were out of the vanilla ice cream which is the base of all four of their shakes. Hello? You are surrounded by Whole Foods, Tom Thumb, and Natural Grocers -- they are all literally with in a two minute walk. The guy behind the counter apologized, said they'd been out for a while, and would get more within five days. Am I missing something here?