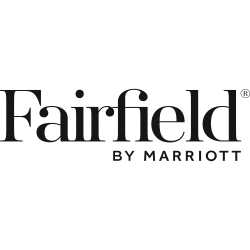 What is the phone number for Fairfield Inn & Suites by Marriott Dallas Medical/Market Center?

What is the internet address for Fairfield Inn & Suites by Marriott Dallas Medical/Market Center?

I am HIGHLY DISGUSTED with the lying management, rude disrespectful front desk clerk Tayler, and the lazy disgraceful piss poor security guard Darrick at this location. They ALL NEED to be fired. After a 7 hour drive from west texas I called & made reservations to lodge her for the night. I made the reservation with my debit card. I arrived at the hotel and asked Tayler could I pay with cash(reason being the job I quit gave my last pay in the form of a check instead of my normal direct deposit. I cashed my chech as Chase and I wasn't able to go to my bank to deposit in time. I had money on my debit card but not enough to cover the room charge. I had several thousand dollars in cash on me). Tayler said I could pay in cash, therefore I did. Everything went smooth as butter. I get to my hotel room and i'm super exhausted. I wipe things down with my disinfect wipes before I decide to shower. About 10-15 minutes later there is a knock at my door, that was odd because I wasn't expecting anyone. I looked thru peep hole and see Tayler and the security guard. I opened the door and she informed me that I gave her a counterfeit $100. I'm standing there tired as heck and in shock. I stated to her that's not true and if it is I got it from Chase Bank. She claim she marked it and it turned brown(which there was no brown mark on the hundred, SHE LIED). I carry a counterfeit pen with me at ALL times because I shop thrift stores, yard sales, and I buy things in groups online. I carry to pen to mark money i'm given back to make sure i'm not given counterfeit money back. I mark ALL my hundreds in front of her and the security guard and NONE of them turned brown. Then the security guard said "i held it under a counterfeit bill light"(which I discovered was a LIED). He then said you can go across the parking lot and pay cash at the Days Inn. I remember standing there thinking I must be dreaming, there is no way this is happening to me. Tayler then stated, if you don't have another way to pay you can't stay here. So i'm fighting back tears and I grabbed all my luggage and bags and went to the front desk. I CALLED THE POLICE. The officer finally arrived and he tested ALL my hundreds and NONE of them were counterfeit. He looked at Tayler then looked at me and shook his head in disgrace. I'm standing in the lobby with tears im my eyes mad as the mad hatter. I started recording the situation, the security guard turned sideways to keep me from recording him. He never offered an apology, ge just stood there looking like a silly lazy lying fool. The officer asked Tayler would I be allowed to check in and she arrogantly stated 'I guess'. I got even more upset, you could have cracked a egg over my head and fried it. She gave me my room cards and her pride would not let her give me an apology. Talk about rude, unprofessional, and disgraceful. Early the next morning I talked the the manager and she apologized and said she was gonna put over 12,000 points on my account since she couldn't refund me because I paid with cash and not a card. She LIED, she never put the points on my account. Customer service finally called me a few days later and asked me what did I want to happen. I informed her given the horrible situation, false accusations against me, the unapologetic staff, me having to pack up my things and leave my room, my pain suffering and tears, plus me having to wait 1hr 30minutes.....40,000 points would be sufficient. She said she'd get back with me. She later emailed me and said she'd give me a free night😐. A total slap in the face AND low blow to me. I will NEVER return to this Dallas, Texas location. I will be contacting corporate in regards to Folio Number: 63265 on July 15, 2019.
***This is a late post because the representative stated it can take up to 10 days to get my points. After I repeatedly checked my points and saw they wasn't there, I followed up with this complaint.***

I brought home bed bugs after staying here. The morning after my stay, I woke up to bed bug bites. I called to hotel on my way home to notify them that the room had bed bugs. The lady told me that she would have maintenance to look into it. They are now in my house due to the fact that they were in my car from my luggage.Stay away from this hotel unless you want to pay over $500 for an exterminator

We didn't get a chance to stay. There was a sign on the door telling us our reservation had been moved to the Courtyard next door. The room I reserved had a mini fridge. The Courtyard didn't have a fridges so I had to throw away our food.

Not what it looks like on line . Matt was very nice though