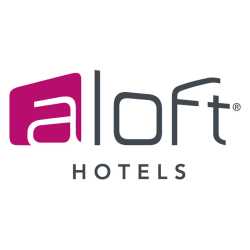 What is the phone number for Aloft Dallas Downtown?

Where is Aloft Dallas Downtown located?

What is the internet address for Aloft Dallas Downtown?

How big is Aloft Dallas Downtown?

How is Aloft Dallas Downtown rated?

Aloft Dallas Downtown has a 4.2 Star Rating from 1275 reviewers.

I never write reviews, but I stay at a lot of Marriott chained hotels. I must say that from the time that I arrived til the time I left, front desk was amazing! Especially LD! I recommend this hotel because of him! He assisted and made sure my stay was top tier. Thanks LD!

Hotel was nice. However their credit cars system is ridiculous. I was charged 160 extra when i checked in fo incidentals which is fine but then another 89 the first night dueing their audit and then another 199 the second night surinf their audit. Altogether they are holding almost 900 on my credit card for a reservation that cost 400. I worked audit, front desk and accounting for years in hotels and I know BS when i hear it. They didnt know why it charged me they said. They simply needed to go in and release it but they said they couldnt which is not true. I was also awakened at 2am being told I was parked off property and could be towed, which I was not and they called the wrong room. I would have been grateful for the call if it was me but it was not. Really got to be more careful. The food we ordered was burnt but the drinks were good, bartender should have had more help though he was overwhelmed. Overall nice property but we wont stay again.