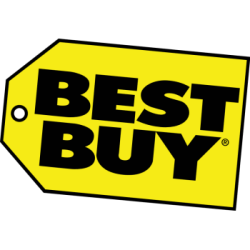 What is the phone number for Best Buy?

Where is Best Buy located?

What is the internet address for Best Buy?

How big is Best Buy?

What days are Best Buy open?

How is Best Buy rated?

Customer service was great. helped make my decision Easier by informing me of specs and basic knowledge of each laptop.

About two weeks ago, I went in to just pick up a monitor that I bought on their website and to my surprise, somehow received some of the best customer service I've ever gotten, even for something so simple. Ben, one of the supervisors, went above and beyond to make sure the monitor was in good shape. He opened the box, checked the entire monitor for me, and then put it all back in the box, styrofoam and everything (I've you ever tried to fit everything back in the way it came after taking it all out, you know how difficult that can be). He then offered me a cold bottled water because it was taking a bit to get back in the box (which was totally ok, he asked if I'd like him to check it beforehand).
Then, while he's taping the box back up, I asked him if they happened to carry some sort of double sided adhesive (I just had a rear camera installed in my car and the adhesive strip it came with kept falling off). I just figured I'd ask while I was there and he says, "I have an idea, I'll be right back." He comes back with a strip of VERY high strength double sided adhesive that they used to hang up their holiday decorations in the store. He cut me off a piece the size of a quarter and said to try that. It's been 2.5 weeks in the Texas heat and that camera hasn't moved in the slightest.
I rarely leave reviews, but it was so awesome to me how I went in to simply pick up something I had already bought and left having received literally some of the best service I've ever gotten. Ben rocks!