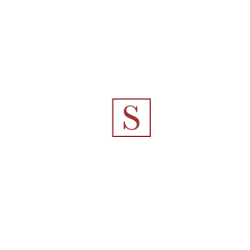 With nearly 25 years of legal experience, Arlington family law attorney Gene Sollows knows how to achieve his clients’ goals in a favorable, cost-effective manner. He is a skilled trial lawyer who has resolved hundreds of divorce disputes in and out of court.

What is the phone number for William E. Sollows, Family Lawyer?

What is the internet address for William E. Sollows, Family Lawyer?

Unfortunately, my experience with Gene was not the same as others. Because of his reviews, I hired him. From the get go I believe Gene was confident that he could help me with my case. Too many things were promised, and not kept. It was very difficult to prove but I truly believe that he felt it was easy & he had it in the bag. I am a mother & this is my life, so I took this case personal. I’m not finally stable to just pay fees and fees without it affecting me, but I sacrificed to hire him and keep up with his fees. I have paid his firm more than enough for his services and more. Every hearing we’ve had, he was unprepared. Reading questions on the spot that he didn’t take the decency to ever read prior & prepare for. I believe his lack in preparation caused him to not even ask the right questions to the other party. Our first hearing, even though I asked him if I should bring in witnesses, he said they weren’t necessary. I strongly believe if I came with witnesses too, it could’ve helped my case. The only thing Gene did good work on was a writ of attachment. Now, the fees continue to come in, I had a new invoice to prepare for last hearing in July yet the hearing we had was a waste of time and reset. His staff asks for information not even 24 hours in advance before a hearing. You would also think that if you have an attorney, it’s their job to get records from child support division. Each time it was me getting them the information. His staff has also called me, asking me what the hearings are for, when they’re the law firm. When he presents himself in court, his firm has even failed to serve the opposing party properly, causing a reset. This past hearing in July, he apologized stating the hearing was not for what he thought it was. His lack in preparation was not what I was expecting from an attorney with 25 years plus experience. I feel I’m constantly trying to upload proof of my case. More than once I’ve been asked for paperwork & his staff couldn’t find it. Back in April or May he told me in his office that if he reached out to the judge for a ruling, that would be that last that I would owe him & invoices continue to come in. I’ve emailed him plenty of times, and my emails are not responded. Only when I questioned my invoices did he take the time to respond. Today we had a hearing with opposing counsel & the other party at 10 am and the zoom link sent was is not working. I’ve added notes on my mycase acct and texted his paralegal, nothing. It’s the 3rd time I waste my time off work for these hearings and something always goes wrong. Either last hearing he was unprepared with income issues that I broke down for him, and today as well no communication. To add, I’ve even emailed him months ago to have a sit down with opposing counsel to settle & he said it wasn’t needed, yet now two months or so later it’s what we are doing. We have a hearing coming up next week that the only reason we have, is because he failed to properly serve the opposing party. I am disappointed & as much as I wanted to have a good experience with him for the reviews he has and years of experience, I would not recommend him to anyone.

(Translated by Google) no good scammers
you will pay for your sins, you will see.
(Original)
no bueno, estafadores
pagarás por tus pecados, ya verás.

Wow! what a case I had. Many many thanks to Gene and his team for helping me out on my case. I had some doubt initially but Gene cleared it. We had to prepare everything from home and the outcome was excellent. Gene is very kind and polite. I never felt like I would loose my case.
I would highly encourage potential clients to seek his service.