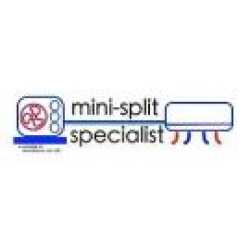 Mini-split systems are the most versatile technology in the world of heating and air. Whether you need a small unit for a master suite or a comprehensive setup for an office, the skilled team at Mini-Split Specialist in Roebuck, SC, knows how to get the job done right. These professionals offer reliable mini-split system design, installation, and repair services to residential and commercial clients throughout Spartanburg and Greenville counties. This locally owned and operated company solely tackles projects for mini-split customers. From installing new units to repairing existing equipment, they use their expertise and cutting-edge tools to improve temperature control in homes and businesses. By focusing on one type of system, these experts deliver quality craftsmanship to clients at affordable rates. You can turn to this industry-leader for top-of-the-line products from Samsung, including single-zone and multi-zone mini-split heat pumps. If you own a commercial property or a larger home, sit down with their team to discuss custom designs featuring units built to meet the higher efficiency demands of your space. No matter the setup, clients will enjoy better indoor air quality—a hallmark of ductless systems. What happens if you lose heat in the winter or cooling capabilities during the summer months? There’s no need to worry. These dedicated professionals offer dependable mini-split system repairs on all makes and models. Their well-trained technicians will promptly arrive at your home or office to fix the problem. Feel free to ask them maintenance questions to extend the lifespan of your equipment. Don’t trust your ductless heating and air technology to just any HVAC contractor. Go with the reputable team at Mini-Split Specialist. Call them today at (864) 305-5125 to schedule your free quote or visit them online for more information.

What is the phone number for Mini-Split Specialist?

Where is Mini-Split Specialist located?

What is the internet address for Mini-Split Specialist?

How is Mini-Split Specialist rated?

Mini-Split Specialist has a 4.6 Star Rating from 17 reviewers.

Mike and his team were extremely responsive and professional. He answered all our questions and concerns thoroughly and then when it came time for install, his team was professional and efficient. In one day, we had 2 units installed and not only do they look great but function wonderfully. Mini-Split Specialist had the most aggressive prices around for top of the line equipment. Would (and already have) recommend them to anyone looking into adding a mini split to their home!! Services: Ductless heating and AC services, AC installation

Chandler and Tim were outstanding in service and performance. These gentlemen explained the process and made sure I understood how to operate this new system. I am so very impressed and will call this company again for more units!

We had 3 units installed in our house, 1 in basement and 2 in upstairs bedrooms located on a third floor on 5/1/21. My husband took the day off to be home for the install, and when I arrived home from work, I was displeased with the lines that ran on the outside of the house. Esthetically, it looked really bad. Because the guys were 2/3 done with the install, we decided to leave it for now, but perhaps in the fall have the unsightly lines be moved off the side of the house and instead placed on the second floor, where they would be more hidden. But then it was noticed that the 2 bedrooms, which mirror each other, had the heads installed at different heights. One room was installed a full foot higher, at a ridiculous 8 ft height on the wall, where the other identical room was set at 7 ft. Even though we were home the ENTIRE time, the installers never came to us to discuss. They had drilled a 3in hole in the wall clear to the outside. At this complaint, Mike became personally offended and extremely unprofessional. He said that his guys "never" talk to the homeowner and called them "young and dumb". He literally argued with me repeatedly, asking sarcastically if "anyone was ever even gonna notice the difference??" He said he'd just have the guys leave and we could just get someone else to come finish the job...leaving the hole in the side of the house. He accused me of "trying to get something for free" and that " we had no intention of paying". I have never had such a horrible experience EVER!! Regarding the unsightly lines, he insisted that they were "done right", which I agreed. I never argued that...just did not like the lines running from 3 stories up the side of our house. All we wanted was to have them moved at a later date bc of the appearance of it, at our expense. I told him leaving in the middle of the job was not an option and it needed to be finished. My husband had to get on the ladder THREE stories up and patch the side of the house where they had drilled before they would continue. Upon completion, we paid the installers IN FULL by check. After numerous texts, calls, emails, and completed "contact us" forms, he continues to ignore us and refused to send us an invoice/receipt for our records. TO MAKE MATTERS EVEN WORSE....the unit where the guys moved from 8ft to 7 ft....is not cooling. Hasn't even been 2 months. The unit reads 65, but the room won't go below 79. AGAIN, Mike is ignoring our calls, emails, and texts. I have a totally diff reputable and licensed company coming out to assess the problems with the brand new unit, as well as have them go through the system thoroughly. My advice...Go anywhere else!
UPDATE: A licensed HVAC professional came out and found numerous problems. A major electrical wire had been drilled through and the compression joints had been over tightened, resulting in a leak. Unit needs to be removed and re-installed properly and the electrical wire must be replaced. Finally, someone from Mini Split Specialist responded and offered to come out. However, we are not comfortable given the issues with the installation. We will have the repairs made by the licensed HVAC professional to ensure safety and correctness.
BTW:
STILL no receipt or invoice stating paid in full. Service: Ductless heating and AC services

After contacting 4 HVAC contractors in the Spartanburg area, we choose Mini Split Specialists. They are in the business of Mini - Split systems, and they do it well. The work was neat, professional and affordable. I highly recommend Mini-Split Specialists.