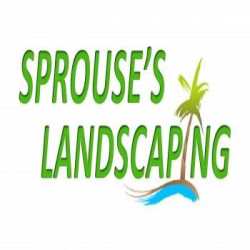 What is the phone number for Sprouce's Landscaping Inc.?

Where is Sprouce's Landscaping Inc. located?

What is the internet address for Sprouce's Landscaping Inc.?

How big is Sprouce's Landscaping Inc.?

Is there a key contact at Sprouce's Landscaping Inc.?

How is Sprouce's Landscaping Inc. rated?

Sprouce's Landscaping Inc. has a 4.1 Star Rating from 9 reviewers.

After him saying he would the job, I had to chase him down by calling him many times(when leaving many voicemails, he never returned one). I told him I would be flexible in his starting time(I didn't expect months). If I hadn't chased him down, I doubt he would have ever came. I tried to get a written contract before him coming to my house but he never sent one. I just had a verbal contract(my mistake) and I thought he would honor it but he didn't. On the day of the job, he finally came with the contract, with his equipment on site to start. He changed the verbal agreement. He added $100 to the sod quote stating that I had to pay him to pick up
the sod(never mentioned until that day). He also agreed that if the ground was wet(which it was), he'd put plywood down to protect my grass. That day, he told me that I would have to buy/pay for the plywood if I wanted him to put it down. He also did the job completely different than currently agreed to. I should have never used him. Terrible job. Services: Sod installation, Stump removal

Could not locate him.

Don and his crew did an amazing job, they do more than just landscaping. They are very knowledgeable and trustworthy , a great family business that you can depend on.
The Sutliff's , Surfside SC

I had a great experience with Sprouse landscaping. They were very professional showed up on time and kept with the bed that they had given me in the first place I would recommend them to anybody and I would use them again myself

This company did awesome on my mother’s front lawn in myrtle beach. her recent landscaping company went out of business so it was hard to find a trustworthy landscaping contractor. You can tell they hire professional landscapers. I also recommended Don and his team to the rest of my family.