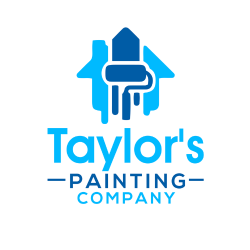 Taylor's Painting Company, located in Lexington, South Carolina, and servicing the Columbia area, is your local family-owned painting company. We provide services in both residential and commercial, interior and exterior painting, dock/deck staining, and many others. We strive to exceed your expectations, so you know you will always get our best. Give us a call today to schedule a quote!

What is the phone number for Taylor's Painting Company?

Where is Taylor's Painting Company located?

What is the internet address for Taylor's Painting Company?

The website (URL) for Taylor's Painting Company is: https://www.taylorspaintingcompanysc.com

How is Taylor's Painting Company rated?

Taylor's Painting Company has a 4.8 Star Rating from 17 reviewers.

A team of three came right on time the first day and were very organized and discussed with us what to expect the first day and every day thereafter. They were orderly, went right to work and were precise with the painting. Awesome team work and what would have been a 5 day job ended in 3 1/2 days. Excellent work and no mess. We were very pleased with the quality of work and would highly recommend Taylor's Painting Company to anyone that has a painting project. Services: Water damage repair, Interior painting, Drywall repair, Cupboard painting, Staining, Door painting

Taylor’s Painting came very highly recommended and were booked for several weeks in advance. We ultimately waited nearly 2 months after getting on their schedule. Our home is eight years old and needed some minor drywall repairs inside and touch up painting. We also chose to have some caulking and painting done outside along with repainting the front entry door. The quote was just under $4K. They showed up on time when scheduled. 3 people arrived but not Greyson. He was apparently too busy on other work. They were supposed to cover everything, do the work, and clean up when done. We saw rolls of plastic sheeting being brought in and while some was placed in the front entry, it got little use in the remainder of the home. By the end of day one (just the drywall and prep work) we were finding globs of drywall compound all over the place including in the carpet in several places.
When they returned on day 2, we had a discussion with the foreman about the mess they were making, pointing out some of the spots in the carpet. He assured us they would clean it up and cover things moving forward. This was day 2 and time to begin sanding the drywall work they had done on day one. While we again saw the rolls of plastic sheeting, they were only used in a couple of locations. A handmade wool blanket we purchased in Ireland had to be dry cleaned to get all of the drywall dust removed. We used so much leather cleaner on the living room furniture, we ran out and had to buy more. Navy blue leather furniture with a solid dusting of drywall dust is not a pretty picture.
Day 2 also brought paint work inside and out. The written quote clearly states the would do the caulking and touch up paint with color matched paint. When they were “having trouble” matching the paint, Greyson actually showed (the one and only time he could be bothered to show up on the job because he was working on another job that apparently was more important to him) up with a representative from Sherwin Williams to match the color. They got the paint, put it on and let it dry. It didn’t match. It was darker than the rest of the side of the home. Ultimately they were unable to match either exterior color. They then presented two options, leave it like it was, essentially polka dotted with two colors of green paint or they could get more paint and paint the entire side of the home so it would match. When I said it was not an option to leave it polka dotted they informed me this option could be done the next day but it would cost an additional $150 pushing the total job over $4K. I told them multiple times I felt it was there responsibility to cover the cost because their quote stated with color matched paint. It was not our fault they couldn’t match the paint. If they can’t match it, they shouldn’t put in writing they would. They made adjustments to the accent color and touched up again. While not an exact match, it is close enough that we didn’t feel the whole section didn’t have to be painted.
The end of day two came, the crew packed up and left and my wife and I walked the home. We found drywall dust everywhere and paint drops in several places including a fabric chair in our master bedroom. They had also spilled paint in our driveway (they cleaned the next day with a pressure washer).. I had a telephone conversation with Greyson complaining about the lack of care his employees were showing for our home and belongings. He assured me this is not standard operating procedures and he would have a conversation with his foreman. While they did use plastic on day three, one of their workers also stepped in paint and walked across our hand scraped hardwood floors leaving paint footprints that had to be cleaned after we discovered. They eventually ran out of wall paint and instead of buying more, they used ceiling paint in several areas so we have flat patches on walls with an eggshell finish. I could go on but you get the idea. This was a horrible experience. I only gave 2 stars because they did show up as scheduled every day. Services: Exterior painting, Interior painting, Drywall repair, Door painting