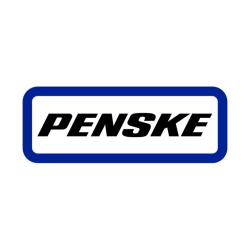 Penske Truck Rental provides one-way and local moving truck rentals in Cranston, RI. Locations available across North America, featuring a wide range of vehicles and moving supplies. You can be confident in your decision to choose Penske because we promise a clean, reliable moving truck that’s ready to go at pickup time. And you will get personal help from our professional associates, 24/7 roadside assistance, and flexible reservation and cancellation policies. Visit us in Cranston, RI today for all your truck rental and moving supply needs.

What is the phone number for Penske Truck Rental?

Where is Penske Truck Rental located?

What is the internet address for Penske Truck Rental?

The website (URL) for Penske Truck Rental is: https://www.pensketruckrental.com/locations/us/rhode_island/cranston/033510

How big is Penske Truck Rental?

How is Penske Truck Rental rated?

Penske Truck Rental has a 4.2 Star Rating from 91 reviewers.

Very good rental experience. Hopefully the shop is equally great we will see when my truck is repaired. But if you need a fental truck great place to go

I chose Penske to rent a van because of their location and favorable reputation. I had rented a high roof cargo van, to make the trip and loading as easy as I could. I had contacted Penske 3 times prior to the date. The first time to confirm my reservation, the second to change the date, and the third time a week before to make sure all was in order and the high roof van was going to be available as required. Each time I received assurances that everything was all set and we were good to go.
On the day I went to pick up the van, they didn't have the van I wanted, it was just a standard van with the low roof. Dispite my protest, I was told this was the van I had rented, and was told I must have made a mistake. Since I was on a tight time line, took the van and headed north.
It didn't take long to discover the wheels were out of balance and the front left brake caliper was warped, making braking miserable in the beginning and only worse as the day went on. Having to drive on 128 outside of Boston with a van during rush hour traffic is never fun. Having to dive this van and keep up with the 70 mph traffic flow caused it to shake and vibrate all the way to Plymouth NH. The brakes continued to get worse as the trip went on. On arrival I now had to load a bedroom full of furniture into a van that forced you to load and move in a bent over position. This made a tough job tougher due to the low roof.
Now for the return trip. A loaded van in traffic is never fun. This thing was a handful. The ride back in rush hour traffic with a van than vibrates at highway speed is exhausting. Throw in a warped brake rotor that got worse as it heated up, boarded on dangerous. Driving at a slower pace on 128 is not an option. The semi's will push you off the road.
I can't blame Penske for the mass holes on 128, nor for the near 100 degree heat of the day. I can blame them for providing me a van that was smaller than I ordered, in in poor working candition. The lack of effort by the rep who put me in this van and the lack of concern from the rep that I returned it to, tells me about the culture of Penske. When I spoke to a customer service rep about my experience, he told me that he was surprised that they had a van at all, and I was lucky to get the one I got. He had no response to the operating condition of the van. When I asked why I should rent from Penske again, he only explained that I shouldn't use the corporate website, he offered little apology for my experience and really didn't give a reason to use Penske in the future.

I ordered a truck and it was going to be delivered to a location in CT. I ordered it over the phone a month before moving. They take my info and credit card to hold it. I call two days before and pay for the rental because the place im picking it up only take credit card and no cash. The person picking it up for me doesn't do credit. I talk to a nice lady. Takes my info and credit card number. I tell her the reservation number and my name and she says you are all set. Im elated because its all taken care of. The day of the person picking up calls me and says the truck is not paid for. I said yes it is. I explained everything. Nope can't have the truck. I give the same card and mind you this card has a lot of credit on it so it would cover it no problem. Nope. Not going through. Now im really upset because im right in the middle of a move with no truck. The lady would not give us the truck. She proceeded to call the company. Can't get through she says. So I had no truck on moving day. Now I called back and talk to the pickup place and they took no responsibility and passed it off to this location where I made my reservation. How come I was told it was all set? How come if true and my credit card didn't work I wasn't notified. So the stress and disaster I was left in moving without a truck was very uncool. Don't let this happen to you