The Patch Boys of South Pittsburgh 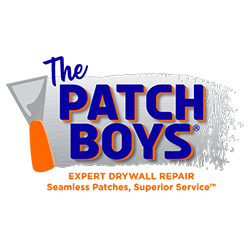 Our expert technicians specialize in drywall repair, ceiling repair, plaster repair, and drywall installation. No matter how small or big the job, The Patch Boys of South Pittsburgh have you covered. We’ve fixed thousands of holes over the years, which has allowed us to develop a highly-advanced, incredibly efficient drywall and plaster repair process. Most jobs are completed the same day they begin. You won’t believe how seamlessly our patches blend in with the rest of your wall.

What is the phone number for The Patch Boys of South Pittsburgh?

Where is The Patch Boys of South Pittsburgh located?

The Patch Boys of South Pittsburgh is located at 135 Wren Way, Washington, Pennsylvania 15301

What is the internet address for The Patch Boys of South Pittsburgh?

The website (URL) for The Patch Boys of South Pittsburgh is: https://thepatchboys.com/south-pittsburgh/

What days are The Patch Boys of South Pittsburgh open?

How is The Patch Boys of South Pittsburgh rated?

The Patch Boys of South Pittsburgh has a 4.4 Star Rating from 7 reviewers.

Carmen and his son were so friendly and did a wonderful job patching up some holes in our ceilings! We are looking to put our house on the market soon and they did a very good work at making the patch job blend with the rest of the ceiling. I'd highly recommend to anyone.

They were quick to get back to me at all points along the way and we’re happy with how our repaired ceiling turned out. Left the place clean and were friendly as well.

Carmen and his crew were so great to work with. I had small patches of drywall in my kitchen and bathroom that needed to be repaired after a pulling issue. Carmen came out within a day or two to give me a quote. The day of the repair, he and his guys showed up on time and were expeditious in their work and left my house completely clean afterwards--like they'd never been there. The repairs look great, very smooth and ready for paint. I'm a happy customer and would recommend them. Service: Drywall installation

The pipes in all of the houses in our neighborhood have been exploding for years, our kitchen was the latest victim. We also had some bad electrical work done by an earlier remodel - After getting both of those things fixed, we had holes in a few places... I also have hated the ceiling in our sunroom since we moved in (15+ years ago) - so I wanted to get that taken down / replaced with new drywall, and I wanted the walls repainted. I also wanted the ceiling on our second floor sanded and painted because the same people who screwed up the electrical work painted the ceiling (four years ago) and the paint was chipping in a large area.
We had multiple people come in who all agreed that we needed the same work done but the prices varied wildly. I went with Carmen - he was the most down to earth with the best price.
It turned out that our ceiling was not "removable" - the former owner had smeared caulking (or something similar) on the wood ceiling and put peaks/a design all over the place. In addition to fixing my holes in my walls and ceilings, and fixing the chipping ceiling upstairs, they had to sand the 15x15 ceiling.
They did it all - wonderfully. It took a couple of days longer than expected, but I waited 15 years to get that room done and two extra days was no big deal. My sunroom looks so much bigger now.
They were professional; they kept me apprised of what they had completed at the end of every day; and the work that they did looks amazing! I highly recommend them!!! Services: Interior decorating, Drywall repair, Drywall installation