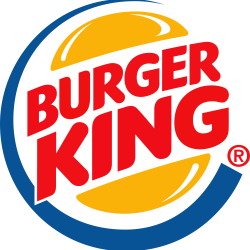 There's a Burger King restaurant near you at 4700 North Broad St. Visit us or call for more information. Every day, more than 11 million guests visit over 13,000 Burger King restaurants near them in 97 countries around the world. And they do so because our fast food restaurants are known for serving high-quality, great-tasting and affordable food. The Burger King restaurant in Philadelphia, PA serves burgers, breakfast, lunch and dinner prepared your way. The original HOME OF THE WHOPPER, our commitment to quality ingredients, signature recipes, iconic sandwiches like the flame-grilled WHOPPER Sandwich and fast, family-friendly dining experiences in a welcoming environment is what has defined our brand for more than 50 successful years.

Food was nice and hot. Only downside was the double cheese burger was not like the picture. Had the cheese on the bun only none in between the burgers. This made the sandwich to be dry. Please post the pictures in the kitchen so all cooks are aware how the food should look when serve. We would like to receive what we paid for. Thank you

I'm not sure what happened to my order, but I think it was cancelled while I was at the window. I had to show my receipt to show what I ordered, but never ended up receiving. I ordered a Large Triple Stacker King and was given a Large Double Stacker King instead. I ordered two Double Cheeseburgers and only was given one. So I ended up paying more for less. I was home before I saw what mistakes were made. The soda sat next to the window for awhile before it was finally given to me. I guess it's a good thing I didn't order the shake or it might've been a quarter melted by the time I would've received it.
Edit: P.S. the reason the stars are neutral is because despite the wrong order, the staff was friendly and I had a good conversation at least.