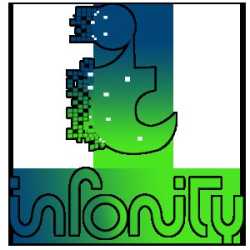 IT Infonity is among the vanguard in Web and Mobile app solutions and Google certified digital marketing agency. Our passion is to develop state-of-the-art digital products and provide world class digital marketing services. We are a team of highly experienced, passionate and certified Project Manager's, Business Analyst's, SMEs, Designers, Programmers and Digital marketing experts.

What is the phone number for Cascade Enforcement Agency?

Where is Cascade Enforcement Agency located?

What is the internet address for Cascade Enforcement Agency?

The website (URL) for Cascade Enforcement Agency is: https://itinfonity.com

How big is Cascade Enforcement Agency?

How is Cascade Enforcement Agency rated?

Cascade Enforcement Agency has a 2.6 Star Rating from 44 reviewers.

I rated this company with a 1 star based on observation of one of the instructors. While traveling next to the instructor I witness them tailgating and driving aggressive. Once we merged onto the freeway the driver went from the far left lane all the way over to the far right lane without any signals while crossing 3 lanes of traffic. This is not the type of company that I would trust with any of my children to teach them the correct values of driving safely.

I worked at Cascade Enforcement for about ten years. My husband also worked there until he retired. I not only worked as a patrol agent,but as an on-site agent. I also worked in the office and as a dispatcher. I also worked side by side with Chief Blake Jones on a number of sites. If we were short handed Chief Jonas and his wife would don a uniform and lend a hand. To me Chief Jonas runs a tight ship but does not expect his agents to do anything he was not willing to do himself.
While working for Cascade my husband awayWhen I notified Chief Jonas he told me not to worry about my shifts. Chief Jonas contacted the agent on duty and explained I would be out for the rest of the week and to fill my shifts. Sara Jonas knew that my sudden disappearance would raise questions, so after asking my permission wrote a very nice email to the staff and agents letting them know why I was not on duty. I am forever grateful for the care and love that was showed myself and my family.
I have found no other company that goes the extra mile for their employees.

I thought I would take the time to give you guys a Review since I haven’t, and I feel like I should since Cascade Enforcement has been Awesome!
My time and still to this very day Working for Cascade Enforcement has been Great! I really don’t have any negative review since I feel like there isn’t. They have been Great on making sure that I stay happy working for them! They are very good on making sure I get my full 40 hours and, the owner Chief Jones ( Blake Jones) is Awesome! He makes sure that all his employees are staying happy! He takes the time to Hear you out when you have anything on mind. Now that’s a great Boss!
Same with the office people and supervisors! They are all great people! Like I said earlier I feel like there isn’t anything negative to share about and I hope it encourages you to apply and be part of our Team!
- Cristian Gonzalez