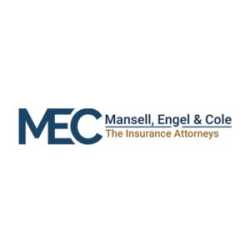 Our firm brings more than 100 years of combined experience to each case. Our attorneys have handled more insurance bad faith cases than any other firm in the state. We understand how difficult and overwhelming the legal system can be. We are here to provide you with all of the necessary information and guide you in the right direction. We will fight for you every step of the way and wont stop until we reach the best possible solution.

What is the phone number for Mansell, Engel & Cole?

Where is Mansell, Engel & Cole located?

How big is Mansell, Engel & Cole?

How is Mansell, Engel & Cole rated?

Mansell, Engel & Cole has a 4.9 Star Rating from 9 reviewers.

Thank you for your service and help.

On August 29, 2017 Cameron Public School lost its jr. high, high school and gymnasium to an electrical fire. The structures were a total loss and an insurance claimed was filed. Students had to be moved to classrooms all around campus. They lost their science lab, computer lab, library, and every classrom. Athletes were bused to the local Junior College to practice basketball and to play their games. Things got chaotic quickly and the school needed to get its facilities rebuilt as soon as possible. Meetings with the insurance adjusters didn't go well and the adjusters refused to pay the actual cash value of the school and things got deadlocked quickly. The school hired a public adjuster in hopes of settling the differences between them and the insurance company. After the public adjuster gave them a line item cost estimate prepared through an insurance Xactimate program the insurance company still refused to pay the school. So after 19 months of not getting many answers or the funds to rebuild the school Cameron Public School contacted Mark Engel of Mansell, Engel and Cole. Mark looked over the claim and informed the Superinintendent and the School Board that he could help. At that time Mark and his firm took over and did everything they said they would do for the school. It was like Mark was a graduate of the school and worked overtime to see the school got everything it was entitled too!!! He stayed in contact with the superintendent on a regular basis. He even attended monthly school board meetings or did a teleconference to keep everyone up to date on the case. I can't say enough good things about how hard he worked and how well the whole firm treated us. In the end Cameron got
more than enough to rebuild their school back and they won't have to worry about cutting any corners. Hiring Mark Engel and Mansell, Engel and Cole was the best decision Cameron Public School has ever made to provide the best education and facilities for its students.

I have been a client of Mansell, Engel & Cole for nearly three years. This firm treats you like family. I never thought I would be having to file a suit against anyone in my life and it is not for the light hearted, but if you have to go to battle with an insurance company - these are your guys. Adam Engel was the best person we could have asked for to help us through this nightmare. He was always empathetic and made us feel like we were his number one priority. They all gave us great advise and helped us every step of the way. Can not say enough great things about all of the partners and our number one teammate - Adam! Happy to say, we are finished and our life is much less stressful due to the outcome of our case. You can trust this firm to do you a great job.
Cindy Hoffmann