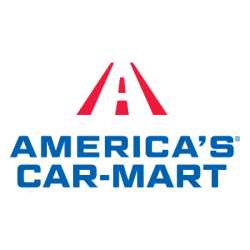 At Car-Mart, you can shop, purchase, finance, and make payments in one convenient location. We offer quality used vehicles, low down payments, affordable financing, and friendly service which is why we earn the repeat business of so many customers.

What is the phone number for Car-Mart of Miami?

Where is Car-Mart of Miami located?

What is the internet address for Car-Mart of Miami?

The website (URL) for Car-Mart of Miami is: https://www.car-mart.com/locations/155/Miami-Oklahoma

How is Car-Mart of Miami rated?

Had great service there. I would recommend them to anyone who is in need of a vehicle.

Wonderful customer service...Brittney went above and beyond to get me into my car of choice...I would and will highly recommend them to anyone looking to get a quality vehicle.

I have bought 2 cars from car mart once from grove which was very nice however i just paid off my truck from Miami and was told i could get my second key but now they say they dont have another key. When i call to speak to the general manager from miami named SCOTT he told me that its not his problem. He was rude and had no customer service. If you are considering buying a csr from car mart go to grove. Much nicer people. Miami has a manager that does not care about the customer and will lie.