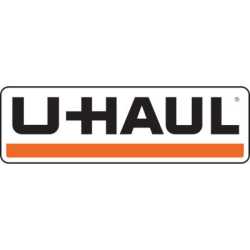 Where is U-Haul Moving & Storage of Edmond located?

How big is U-Haul Moving & Storage of Edmond?

What days are U-Haul Moving & Storage of Edmond open?

How is U-Haul Moving & Storage of Edmond rated?

U-Haul Moving & Storage of Edmond has a 2.8 Star Rating from 72 reviewers.

Corrie was awesome! She helped with everything needed and would use uhaul again because of her. Best ever. Thanks corrie

It was a terrible experience from beginning to end. There were only 2 guys working, so they were very understaffed to start with. The one guy, who seemed to be the boss, was just downright rude. I had chosen to do the online check-in ahead of time, which was supposed to expedite the pick-up process....this was totally not the case. It took at least 30 minutes (maybe more) for the online rep to verify my information so that I could then stand in line to get the key. I finally got to the front of the line, and the rude employee basically threw the key at me without even saying anything. I went and found my truck, started it and the low tire pressure light was on, so back to standing in line. The second guy came out and aired up the tires, and the rude employee was yelling something at me across the parking lot, but I never did even understand what he was saying. The low tire pressure light never went off the entire time I had the truck, so I was constantly worried about that. All in all, I found the entire experience very frustrating and can't believe that I actually paid money to be treated so poorly.

This place is complete garbage, the workers act extremely uninterested in helping you and would rather talk on the phone or joke around with each other than help you.