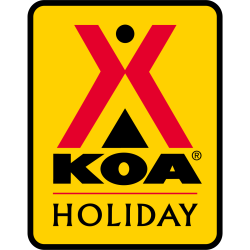 What is the phone number for Oklahoma City East KOA Holiday?

What is the internet address for Oklahoma City East KOA Holiday?

KOA Choctaw OKC East is the worst KOA Camping experience I have ever had.
We checked in over July 4th holiday for 3 days, just so our 3 grandchildren could swim. We rented 2 cabins. Fairly priced. Good location. Bathrooms were clean and convenient. Pool was sparkling clean. Majority of the employees were very friendly.
Those are the good things.
Here are the bad:
Infestation.
Cabins were over run with roaches. Not great on any level.
Pool closes at 8 pm.
No other KOA that I have ever been to all over this Nation has a pool closing at 8 pm in the middle of Summer. It’s not even dark or close to dusk at 8 pm!
There is no leeway on the 8:00 pm closure. It closes at 8pm ON THE DOT.
Non existent WIFI.
None of us were able to log on to the WIFI. When I called and spoke to Jan, she advised me to ask “any teenager.” She said only a teenager could show me how to log on. BTW I’m not computer ingnorant. We gave up and used our data.
Rudeness of Employee.
We were at the pool with our kids enjoying a fun afternoon the 1st day. We had our Yeti Tumblers filled with ice water so that the children would not get dehydrated. After about an hour at the pool the KOA Emploee Carroll comes into the pool gate and begins yelling that the containers are not allowed in the pool area. My grown daughters were speechless. He continued yelling at them over and over again about the drink containers not being allowed, as if on a loop. He was doing this at such a frenetic pace that they could not get out of the pool fast enough to remove said containers. My one daughter told him that they were just filled with water, thinking he may have assumed they had liquor in them or something of the like. He then screamed at her that she didn’t know how to read! He yelled “The sign says NO CONTAINERS ALLOWED! ONLY CLEAR BOTTLES!”
We were agog! When my daughter told him she indeed know how to read, he yelled back that he never said that!
Totally ridiculous in 100 degree weather.
So we left and came back with Clear Water Bottles.
Carroll came back on his golf cart every 30 minutes or so to glare at us. Meanwhile other people had come into the pool with beers in cans and yet another group had Yeti-like containers, and Carroll elected to not say a single solitary word to any of them.
Did his stalking end at the pool? No it did not. After we left the pool and went back to our cabins, he began driving by our cabins and glaring at us there. He would drive by at a snails pace until he got past our cabins, then would speed up. He would make the circle at regular speed then slow back down to glare at us again. This went on for parts of THREE DAYS!
In all my life I have NEVER been treated this way at a KOA Campground!!
I eventually called to make my concerns known to management and was basically told that “she just worked there, she did not make the rules.” I told her about how Carroll was treating us and she just ignored my issue.
I will NEVER again stay at this KOA, strictly based on the treatment we received from Carroll. He is the rudest, most hateful man I have ever encountered. He has ZERO business being employed in a Hospitality driven Industry. KOA Camgrounds are known for the Family Friendly environment they provide to campers. This experience was not only terribly upsetting to the adults in our group, but for the children, they were distraught over having Carroll basically spying on us for the entire stay. They were fearful and near tears of him and seeing him coming our way on his golf cart.
I would like for the owners of this campground to reach out to me personally and address this most horrible stay at their location. Not a boiler plate response, but something genuine.

Booked a deluxe cabin for me and my wife and things changed with the time i would be home (im a over the road trucker) and i try to call and see if i can change the date on the reservation or even just cancel it and purchase a different night but every single time i called (12x throughout the day) i would get sent to a voicemail that says their hours and to go to the website... go to the website and it doesnt have what i need! VERY FRUSTRATING

When we rolled up with the RV the area looked as expected from a KOA. There was a pool, park, laundry etc. It wasn’t until we parked in our site that we noticed a village of flies and were insisting on camping with us. There were literally thousands of flies. We started a camp fire hoping they would leave but it just got worse. We couldn’t even enjoy our dinner outside it was so bad. I mentioned this problem to the store (sign in) employee and was told that they would bring over cedar wood to get the flies away as the flies don’t like cedar. This never happened. By the morning the RV was full of flies. They were everywhere! When I opened the side storage compartment to store our things away I had hundreds of flies flying in my face. We informed the front again and were told that they would make a note of it. That is it! They will make a note of it. My camper has hundreds of flies inside, my car, as well has hundreds of flies. We are literally driving with all the windows open right now to get them out of the car. And the pool. It was warm and musky. We weren’t able to see our feet.

If you are in a tent, you will be sleeping about 30 yards from a very busy road. It's almost 1am and there is a diesel truck going by every 30 seconds. We will never stay here again.
edited to add that there was no hot water in the showers.

We've stayed at KOAs all across America. This one is beautiful but the people working there made it a bad experience. Very unwelcoming and rude. We were told the pool was open till dark and they closed the pool early. Normally KOAs are great. Wont stay here again.