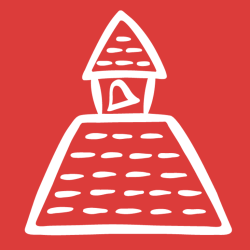 Taylor Woods KinderCare located at 8315 Taylor Rd in Reynoldsburg, OH is designed with your child's fun, health, safety, and childhood education in mind.

What is the phone number for Taylor Woods KinderCare?

Where is Taylor Woods KinderCare located?

What is the internet address for Taylor Woods KinderCare?

The website (URL) for Taylor Woods KinderCare is: https://www.kindercare.com/our-centers/reynoldsburg/oh/086125?utm_campaign=kc-lg&utm_source=yext&utm_medium=pro&utm_keyword=&utm_platform=&utm_matchtype=&utm_adgroupid=&utm_content=086125&y_source=1_MTQ1MDczMTItNTQ1LWxvY2F0aW9uLndlYnNpdGU%3D

How is Taylor Woods KinderCare rated?

Taylor Woods KinderCare has a 4.6 Star Rating from 19 reviewers.

My babies have been attending for the last 4 years and we love it! I’ve watched them grow and develop loving and caring relationships with the wonderful staff.. I have no doubt that while I’m at work my children are in great hands. Caring and friendly staff, administrators do a great job at communicating with me. If I can help it my children will never go to another center

Our child was there from 3 months old to just shy of turning 2. We took our child out for several reasons but the biggest reason is due to the new Director, Tiffany Mack. I addressed several concerns to her and she does not care. She hides in her office all day and doesn't talk to the parents. We had 3 incidents of head injuries (goose eggs on forehead) that kept occurring when they switched rooms because teachers were sent home early and I brought them to her attention. She would just say "oh, no one told me so I don't know anything about it" or "I didn't even see that" and then would just say she would connect with the teacher. Each time the teachers would write an incident report saying he had the bump but didn't know what happened. Tiffany never reached out with follow-up or what she would do to make sure it didn't happen again. Ms. Tracy was the previous Director and when we had a concern, she called us personally to tell us she spoke to the teachers and they would address it in future trainings, etc. The teachers Tiffany has hired recently have also been poor. I saw one teacher physically restrain a child and I voiced the concern to the Assistant Director, no follow-up and that teacher still works there but in the infant room. Our child's teacher Ms. Sam was the best teacher but Tiffany kept sending her home early and whenever that happened, our child came home messy with stuff all over his clothes, his nose caked in crusty snot and he would still have poop in his diaper that didn't get wiped all the way. I also expressed this to Tiffany asking if Ms. Sam could be moved up to the next class so our child could stay with her and she was so irritated that I asked. I expressed that every time our child was condensed to the older kids room (the one they would move up to at 2) that's when there would be an injury report so I didn't feel comfortable with our child leaving Ms. Sam's care. She said they couldn't make staffing changes based on parents preference. I tried to explain that if our child had proper care while in that room, we would be fine having a new teacher. She just acted annoyed so I didn't discuss it further.
A month ago I expressed all of our concerns to the Assistant Director and stated that if there weren't changes, we were going to leave and she said she would let Tiffany know. Nothing happened, no call, nothing. That was the end for us. We put in our two week notice. Tiffany never asked us why we were leaving, never conducted an exit survey, she didn't even address us...she just hid in her office and would yell out "good morning" (which after giving the notice, is the first time she talked to us at drop-off. Before that she never welcomed us) from her seat. Ms. Tracy (previous Director) made sure to say hi and have a conversation with you when you dropped off and picked up. Tiffany leaves so early you barely ever saw her. It also sounded like she was not taking care of her teachers. I heard several teachers say there hours were getting cut and that Tiffany doesn't answer her phone in her office when they need to be released for bathroom breaks or discuss a concern. We were really happy when this was Rainbow Learning under Tracy's management but now that it is a KinderCare under Tiffany Mack, we felt we had to leave. When you have a poor leader and the teachers are not being treated right, it's time to go. We were really sad that our child had to leave their friends and some of the teachers that are still there that he's known his whole life but we couldn't let him keep going and getting hurt like that and when we have our 2nd child, I did not want them to be with the infant teacher I saw hold down a kid. Unless management changes, I would not recommend this place. There are some good teachers like Ms. Sam, Ms. Maggie and Ms. Dawn but they can only do so much with the chaos Tiffany Mack has created.

My grandchildren attends this daycare and I have met the Director, Tiffany Mack, and I think she's a great director! She's, attentive, understanding and personable! She's always available to address any questions or concerns that my daughter may have. I would recommend this daycare for anyone seeking a well managed and maintained place to look after your children!

Great daycare. We love it.