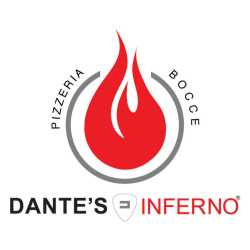 What is the phone number for Inferno Flats?

Where is Inferno Flats located?

What is the internet address for Inferno Flats?

How big is Inferno Flats?

What days are Inferno Flats open?

How is Inferno Flats rated?

Inferno Flats has a 3.9 Star Rating from 292 reviewers.

Food was fine. Service was horrible. Horrible. Horrible.
My family and I went on a Friday, early evening. When we arrived, we were the only party. The server came promptly, but after she brought our drinks, she stopped coming to our table. She was working the bar, so initially I gave her the benefit of the doubt. But then, she’d just stand around. At one point, she was fully engaged in conversation with some customers, who seemed to be friends. All while we’re waiting on her to take our order. Which she fully knew. I finally had to get up and go to the bar to find someone else, who could take our order. My kids and wife were hungry.
The food came and wasn’t bad, but again, NO ONE came to check on us after that. I am FULLY convinced that we could have waited another hour or two and no one would have bothered to stop by. If we were dishonest, we probably could have left without paying and no one would have known. That didn’t happen because, again, I had to get up and go to the bar to ask for our check and boxes.
And our first server? She stood there with her back to me, doing nothing, while someone else spoke with me. It’s the first time I’ve left a restaurant without giving a tip. The service was just that bad. I was hesitant to go in the first place, given the number of poor reviews, but I decided to give them a chance. I was wrong to do that and I won’t ever go again.
Maybe I misunderstood how the place does business, but I thought it was an actual restaurant, where servers came to your table, took your order, came back to check on you, and followed up so you could pay. Were those unrealistic expectations?

Stopped serving food at 8 without telling us until after they delivered to go pizza in a box and no salad.. Menu is very sparse focusing on pizza that's barely average. Will never go back.