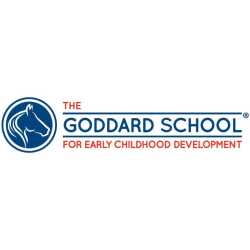 The Goddard School Akron is an academic preschool whose mission is to create a caring, nurturing and learning environment for children 6 weeks to 6 years of age. The goal of our degreed staff is to help children build confidence and embrace learning so that they are ready and excited to take that next academic step.

What is the phone number for The Goddard School?

Where is The Goddard School located?

The Goddard School is located at 105 Springside Drive, Akron, OH 44333

What is the internet address for The Goddard School?

The website (URL) for The Goddard School is: https://www.goddardschool.com/schools/oh/akron/akron?utm_source=yext&utm_medium=business_listings&utm_campaign=school&utm_content=main_button

How big is The Goddard School?

What days are The Goddard School open?

How is The Goddard School rated?

The Goddard School has a 4.3 Star Rating from 62 reviewers.

This place was recommended by an advisor of mine. I am a pharmacy intern that stressed that I will start rotations in June and the owner called and stated we had a spot so I signed and sent the enrollment agreement. A week before the start date and many phone calls being ignored he emailed me stating that I no longer had a spot since previously enrolled families changed their mind. So we tried calling again only to be met with another email stating he would not subject his self to phone call that won’t change the outcome. We only wanted an actual explanation and a real apology, since it was such short notice. This is extremely unprofessional, and I wouldn’t subject my 6 month old to a school with an owner such as him.

My son attended Goddard from five months old to five years old. I honestly can't say enough great things about this place. The administrators and teachers are absolutely amazing. The level of care they provide can't be beat.