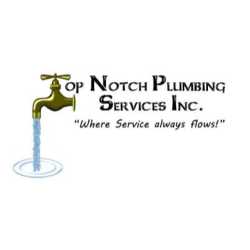 At Top Notch Plumbing Services Inc., we consider your plumbing emergency our plumbing emergency! We strive to provide the highest level of service and ensure the complete satisfaction of all our customers. Whether you have a dripping faucet that’s driving you crazy or you need a trusted plumbing team to help with your home remodeling project, you can rely on us to provide superior plumbing services. We take pride in our work and the value of the services we provide to homes and businesses in the Lake Norman, North Carolina area. Give us a call today!

What is the phone number for Top Notch Plumbing Services Inc.?

What is the internet address for Top Notch Plumbing Services Inc.?

Had them put in a dishwasher and fix a sink drain. Were prompt and professional. Would recommend to anyone needing plumbing repairs.

They came out this morning and diagnosed my problem in 30 seconds. They are the best at what they do and I will sure only be using them from now on. Thank you guys!

Top Notch Plumbing Services, Inc. repiped our whole house with pex piping and installed our sink and dishwasher in our kitchen. We highly recommend them. They gave us a good quote for the work done, and they did a professional job of placing pipe in an older house. They are also kept us informed all along about what they were planning and did a great job of cleaning up the area after they were done.
Thanks, Top Notch!

I am a relatively new resident to Alexander County, so I'm still wrapping my head around "who's who" when it comes to high quality services in the area. After a quick Google search, I stumbled upon Top Notch Plumbing and decided to give them a try due to the plethora of positive reviews. And after using them, myself, I can absolutely see why they're so highly regarded!
I am still in the process of moving into my new house, and I randomly discovered that one of the shower heads doesn't get warm. I knew it couldn't be an issue with the water heater since other faucets and shower heads in the house work just fine. I gave Top Notch a call, and the receptionist was SO nice. She was beyond accommodating when it came to getting someone scheduled to come see me. Additionally, I had to call back to reschedule an hour or so later due to a conflict, and she immediately made the switch. Johanna, I believe was her name. She served as a great "first impression" for the company, for sure!
The actual plumber that was sent to me was named Michael, and he was an absolute delight. He was so gregarious and engaging from the moment he got out of the truck. I gave him a brief overview of the issue, and he did such a great job of outlining possibilities and walking me through his process. It turned out to be a relatively small fix/issue that he got knocked out in a matter of minutes. The entire process from start to finish (from calling/scheduling the service to the actual plumber fixing the problem and leaving) was incredible. I will never use another plumber; Top Notch will forever be my "go to" as I unearth other plumbing-related issues with my new home. I'm VERY satisfied with this company and cannot recommend them enough to anyone! Service: Shower repair