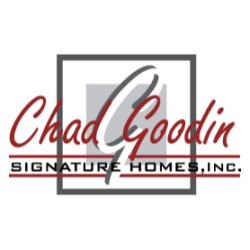 At Chad Goodin Signature Homes, our mission is to turn your dream home into reality. Through our custom home building and house remodeling services, you will see your vision for your home come to life. We also can perform the same services for commercial buildings to improve your business’ reputation and image. Chad Goodin Signature Homes has been serving the Lake Norman and Mooresville area since 1999. We take pride in our quality workmanship and good communication with our clients. Give us a call today so we can build your dreams!

What is the phone number for Chad Goodin Signature Homes?

What is the internet address for Chad Goodin Signature Homes?

The website (URL) for Chad Goodin Signature Homes is: https://chadgoodin.com/

Chad Goodin Signature Homes has a 3.5 Star Rating from 8 reviewers.

Chad and his team are fantastic and very easy to work with. I highly recommend Chad Goodin Homes.

errible. Do not use. Will tell you they can do everything when they haven’t done it before. Home pool was $117k the Badu jet was installed incorrectly. I had to contact the Badu Jet company and send them photos we had taken during construction of the plumbing that was done improperly then give their number to the pool company. They refused to apologized and lied to me saying they had done this system before and how I needed this more expensive one because it worked better. When I asked the owner, Chad Goodin about this omission, I was told oh that tech doesn’t work here anymore. Had to drain the spa, redo the plumbing and refill. We had to argue to get the water paid for. The technician also filled our pool and spa with red mud twice because they didn’t flush the lines before starting up. Brand new house and pool and company for the weekend and the entire thing turns red! Same technician didn’t know the logistics of our pool cover, and not just the specs but CODE!. They left off three deck jets that we discussed in the design stage (months before construction) then blamed us for not noticing they weren’t listed on our signed contract (full of abbreviations and pool speak that no client would be able to decipher). Completely terrible communication when the salesman says this is the quote for the pool we discussed and spent months designing together so you sign it, then the owner of the business blames you for not recognizing it was left off.
For the business pool they made it too deep. Used a typo on the contract to again blame us since the contract said 4.5’ instead of 4’5”. Had to show the owner multiple emails over months long discussions on the pool specs. The depth they fixed after draining and closing the pool and an additional month of down time waiting for the plaster to cure to be able to start the heater..but again no apologies. We hired a pool consultant months before even entertaining Lake Norman Signature Pools and made it clear (via numerous emails and verbal communications)they were to run everything by her. They left her out and ordered the CL Free system on their own so they could get the profit and become a “dealer”. They had no idea what they were doing. We have been having problems with water clarity and chemicals for over a year now. We have spent thousands of dollars and hours on chemicals, water testing, algicide, draining and refilling the pool and we just this week learned the improper size filtration system was installed on the pool. It is not the correct size for our size pool and cannot clean the water efficiently. This is coming directly from CL Free. Still they refuse to admit any fault, offer any apology or compensation. We are getting a mediator involved. Absolutely do not use this company, a total nightmare. Service: Design

He did not build for me but we lived next door to his building site. Your neighbors will hate you if he handles your project. He defers all problems to the owners and won’t handle issues himself. Doesn’t understand how water flows/runoff. Will not maintain the road. Cannot manage his trades or get them all to follow the same courtesies. I had to call the sheriffs department to have our driveway cleared because they have blocked all access.

Look elsewhere!
I inquired to see if I could obtain a quote for an addition to our home. I was told by the girl who answers that phone that I am not asking for what people are looking for, and that I should consider building a pool. I told her no, that I wanted more square footage and she told me that Chad would get back to me. I just got an email from the same woman that states, "Chad asked me to let you know tha the doesn't have time to help with your addition."
Obviously he has too much business and doesn't need any more.