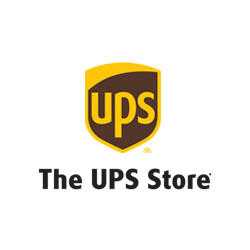 The UPS Store #3364 in Gastonia offers in-store and online printing, document finishing, a mailbox for all of your mail and packages, notary, packing, shipping, and even freight services - locally owned and operated and here to help. Stop by and visit us today - New Harris Tetter Shopping Center.

What is the phone number for The UPS Store?

Where is The UPS Store located?

What is the internet address for The UPS Store?

The website (URL) for The UPS Store is: https://locations.theupsstore.com/nc/gastonia/3340-robinwood-rd?utm_source=Yext&utm_medium=organic&utm_campaign=Listings

How big is The UPS Store?

What days are The UPS Store open?

How is The UPS Store rated?

The UPS Store has a 3.2 Star Rating from 38 reviewers.

Even though it’s a Friday and they are busy, Robert took the time out to help me out with a print job. Great customer service 👍🏽

Customer service nightmare!!! Went in to have some color copies made. The person behind the counter didn’t ask if they were supposed to be color or black and white because I later found out he didn’t know how to make color copies so just did them in black and white without asking. Upon finding this out, I went back to the store 10 mins later and the other young man up front was helpful and attempted to correct the situation. The lady interrupted us rudely telling me about the upcharge for color, which I would have paid, however I felt like since I had to return there and it wasn’t my fault at all, I should have been some sort of discount for my trouble. She snatched up the wrong copies telling me she was shredding them. RUDE! Customer is NOT always right here!

I see other people reviews. But everytime I go in there everyone is very pleasant. No associates are standing around. I noticed everyone is working even when there are no customers. They acknowledge all customers presence when walking in. The prices are up there. But if you want a package sent out on time that is the place to go so far.

Terrible customer service they barely speak to you aside from what is necessary. I went in to get some passport photos and the lady barked at me “no smiling“. It wasn’t even a smile to begin with but then she printed the pictures without showing me. I asked for two copies and then finally worked up the nerve to tell her that I would actually like them retaken as I look horrible in them. She looked at me and said it is what it is I mean it’s not gonna be different.
I was under the impression they UPS meant quality and was better than Walgreens or any other places this is some thing they specialize in but after this experience with them I would disagree.

I came here to drop off an Amazon return with a label provided by the Amazon seller. The UPS Store representative claimed the label was incorrect and threatened to “throw it in the dumpster” if I left them. I took the packages to another UPS store and they accepted the return without comment. This UPS store is the gold standard for the worst of UPS stores nationwide.