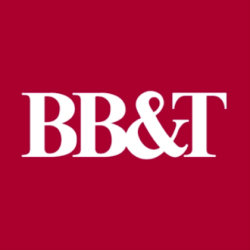 We’re temporarily adjusting services available at our local branches to help maintain the health and safety of our clients and teammates. This includes providing teller services through drive-thru lanes only, in-person visits by appointment only, and select branch closures. Some branches without drive-thru lanes will remain open with enhanced sanitization measures.

What is the phone number for BB&T?

Where is BB&T located?

What is the internet address for BB&T?

What days are BB&T open?

How is BB&T rated?

I'm so furious. I have a checking and savings with this bank for over 5 years now. I use my savings account to have my bills drafted out. They blocked my savings saying they sent me two letters Because I have too many transfers between my savings and checking but I never received no letters. So then 20.00 was taken from my checking and put in my BLOKED savings makes no sense. I went to the nearest branch to my job and they transferred it back to my checking but then the next day another 20.00 was taken back from my checking into my savings that's blocked and the only way to get anything done is going to a branch which is kind of hard when you working from 8:30-5 monday thru Friday. Nobody can explain nothing and not willing to help at all so with that being said I will be finding me another bank. Been banking with these people for over 5 years and this is the appreciation you get. I'm done with them. Oh and yeah all BBT atms never are in service half the time. I'm not speaking bad on the branch itself I'm speaking of BBT altogether.

I was disappointed on how my scheduled appointment was handled. I even called before making the appointment on how it should go, the lady said I could make it over the phone or online. I scheduled online (received a confirmation email too) and as soon as I get there the doors are locked. I called and confirmed the address and let them know I had an appointment, but the person who answered said they didn't have appointments and their next availability was Thursday. I had to make sure I had time available just to get there on time. She did not even apologize that there could have been a "mix up" or anything or at least tried to explain why they won't see me for an appointment I scheduled for that day. I was so disappointed, that I didn't want to reschedule for an appointment for Thursday. I'm not sure if I will use them as a bank.