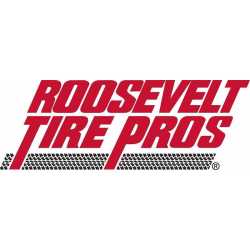 Roosevelt Tire Pros proudly serves the local Gastonia, NC area. We understand that getting your car fixed or buying new tires can be overwhelming. Let us help you choose from our large selection of tires. We feature tires that fit your needs and budget from top quality brands. We pride ourselves on being your number one choice for any auto repair. Let us earn your business. Schedule an appointment today.

What is the phone number for Roosevelt Tire Pros?

Where is Roosevelt Tire Pros located?

What is the internet address for Roosevelt Tire Pros?

The website (URL) for Roosevelt Tire Pros is: https://roosevelttirepros.com

How big is Roosevelt Tire Pros?

How is Roosevelt Tire Pros rated?

Roosevelt Tire Pros has a 4.3 Star Rating from 99 reviewers.

They gave me the diagnostic for my car and gave me an estimated value of around $1000. They tried charging me for sensors that simply needed to be reset, and failed to tell me the catalytic converter needed to be fixed that was causing the sensors to show there was something wrong. They also kept telling me to wait every day that I tried to make an appointment to make it easier on them. I gave 2 stars because they did get some of the sensors right, but failed to mention other problems. In conclusion, they're overpriced and not thorough (unless they're simply trying to scam you and know what's wrong). The place I took it to charged me less than half of their estimated cost, and were thorough when they gave me their diagnostic. Service: Check engine light diagnostic