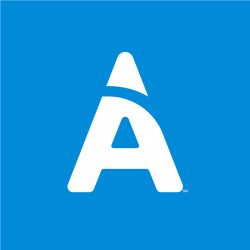 Aspen Dental in Charlotte, NC is open for all appointment types. As part of our Smile Wide Smile Safe Promise, we are taking proactive steps so that patients, care teams and communities have a safe, clean care environment for all their dental needs. We offer a wide range of dental and denture services with skilled lab technicians that hand-craft, high-quality dentures. Book an appointment online or call anytime Monday – Friday 6:30am – 11pm, Saturday 7am – 9pm, or Sunday 7:30am – 5:30pm EST to see a dentist near you.

Aspen Dental has a 4.5 Star Rating from 107 reviewers.

I'm not sure why this message was sent to my boyfriend address I'm Mary Vestal, "kat" is what I go by anyway so far Aspen Dental has been very professional. I haven't gotton any work done as of.yet, but it's coming soon.DrA is a great Dentist. He has very high standards.i like that. I'm excited to get started and if I'm not completely satisfied which im sure I will be , Dr.A will.without a doubt make sure im happy.

I had visited during the pandemic because my dentist was full and this place had an appointment available. I had to have a tooth extracted, no problem. However, after there was a potential piece of something found when I went to get my implant. Dr. Vanja Alagic, was great in getting me in right way for a 3D Scan, and has given a few follow ups, however, that office staff is horrible. I need the scans sent to my ENT Doctor for a second opinion, and they have been sleeping on it for over a month now at Aspen Dental. Multiple calls, I even went there twice already, and they blame it on their IT team that burns the disc that will provide an interactive scan. They have stated several times that it has been mailed yet, neither myself or my ENT has gotten it. The ENT has also been calling for me and said they haven't seen anything like this before in regard to dentist offices. Meanwhile who knows what this actually is. Today I finally called their corporate line in hopes that they will actually do something there.
That same Aspen office staff misquoted getting a bone graph, then tried charging me over $400. After multiple calls, them assuring me everything would be taken care of (don't pay it), and then finally getting angry on the phone because they sent a FINAL COLLECTION NOTICE, threatening to send it in for collections, the office manager there got it cleared up, and I didn't have to pay the added amount...which should not have been charged in the first place. However, that took almost 2 months to do, hence the final notice from their corporate billing.
Better off going to Dr. Scott Nagel and Associates if you are in the Northlake Charlotte Area. I should have just waited the extra week with my tooth. I wouldn't have had to go through all of this, had I just went to my regular dentist, not Aspen.

This place was awesome. From the time I stepped inside, I was treated very well. Technicians were great . Price was expected since it had been more than 10 years since I had visited a dentist (scary experience). My dentist discussed everything he intended to do. I was completely at ease. Office manager was awesome and patient. Answered every question I had....awesome! Yes, this will be my spot from now on.

Part 2 tomorrow!!! Will Keep you posted 😷