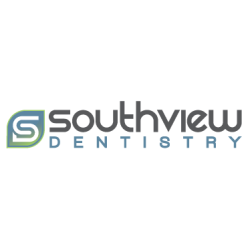 Southview Dentistry is a leading Charlotte dentist providing modern dental procedures with top of the line attention and care to patients.

What is the phone number for Southview Dentistry?

Where is Southview Dentistry located?

What is the internet address for Southview Dentistry?

How big is Southview Dentistry?

What days are Southview Dentistry open?

How is Southview Dentistry rated?

Southview Dentistry has a 4.8 Star Rating from 259 reviewers.

This dentistry is not really about servicing their patients, but about making money. They called me 3 times to reschedule my appointment. The last time they called to change, I told them that I will confirm the schedule later. I never confirmed the changed appointment. Now I'm receiving a bill for not showing up at the appointment and threatening me with sending my information to collection if I don't pay their fee for missing an appointment that was not confirmed. Check twice before you making an appointment with them.

Amazing experience, I never want to go to another dentist! I had a ten-year-old Marilyn Bridge that broke and they took on the job of replacing the bridge. They did a fantastic job - highlights include being clear and consistent in communication and setting up appointments, very attentive and reassuring at each appointment and in explaining exactly what they were doing and overall a wonderful final experience. Dr. Kelly did a fabulous job matching the tooth to the rest of my smile. After the whitening treatment and shaping of the bridge, I am more proud of my smile than ever before. Thank you Southview Dentistry team! I recommend you anytime someone asks me for a dentist in Charlotte.

I first want to go back to how I even ended up at Southview dentistry.
After a while of searching for the right dentist, I thought I had found one in Lincolnton but I was wrong. I ended up having a bad experience at this office because they assured us that the dentist was in our network but months later they sent us a letter stating we owed them $800. Apparently the dentist was not in our BCBS network. They even threatened us with court which was very stressful to say the least. Thank God that was resolved, I even remember telling Olivia from Southview about my horrible experience.
At Southview they seemed pretty friendly and made my husband and I feel comfortable on our first visit. This all changed when my husband went in for some work which he was told was covered by our insurance. They ended up sending us a bill without calling or explaining what the bill was for. They didn't even say anything to my husband when he was at the office getting the work done. I called to ask why we had received a bill when we thought everything was covered. Olivia explained that they thought it was covered too but after checking she found out it wasn't. I explained that I couldn't pay the whole bill and that I would be splitting it in 2 payments. I believe I made the payment 2 weeks later promising to pay the rest 2 weeks after that day.
I ended up receiving a letter stating that our account was overdue and that if we did not make a payment within 5 days they would ruin my husband's credit. The letter was dated March 2 on a Wednesday which gave me until Sunday March 7th, the problem is that they were closed Saturday through Monday and there is no way of making a payment over the phone so I had to go to the post office Saturday morning to send a money order certified return receipt because I did not trust this office and wanted to make sure they received their money which seems it is all they care about. People work very hard to develop a good credit score which my husband has done and for this office to threaten to ruin it over pennies is ridiculous, it's inconsiderate, and shows no compassion for their patients especially during these difficult times. We regret recommending our friend to this dentist. When I called Olivia all she could do was apologize and use the excuse that it's a computer generated letter even though she signed it, put it in the envelope, put a stamp on it and mailed it herself. She should check before sending these insulting and threatening letters to their patients. I advised her to speak to the owners so that this does not continue to happen. Nobody needs this added stress of having an office threaten to ruin your credit when you've worked so hard to keep it in good standing. If you want to go to a dentist that cares about you and not your money this place ain't it, go somewhere else.

This dentist office is beyond incredible! The team is friendly and very professional. Dr. Michael has done a lot of work on my teeth. Due to this, I’ve noticed a drastic change in appearance and healthiness. Highly recommended!

Update: Great folks. I've been a patient here for over 10 years. I've had the same hygienist, Stephanie (who fricken' rocks!) almost the entire time I've been there. That's pretty impressive. This office is full of people who are friendly and welcoming. You'll hear laughter from other rooms, patients and staff.
And even though their location is right in the middle of pricey South End; their treatment approach is conservative. They never try to sell me; and the few times in the past 10 years I've had some concerns w/ an old filling, their response is let's wait and see. Not "cha-ching" let's see what we can spend, I mean find.
Very grateful to have them as my dental provider!
===
Good folks. You don't think you'd have a fun time visiting the dentist, but here, you do. I've had a number of dentists the last 10-15 years and I can honestly say that this is the best office. They don't try to sell you services, they make you feel really comfortable, and everyone seems to have a great attitude.
Patient for life.