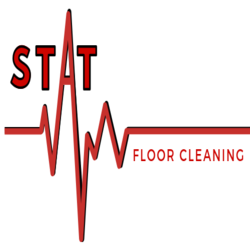 STAT Floor Cleaning is a family owned and operated hardwood, carpet, and tile floor cleaning company. STAT provides a premier level of service by focusing on the satisfaction of our clients.

What is the phone number for STAT Floor Cleaning?

Where is STAT Floor Cleaning located?

What is the internet address for STAT Floor Cleaning?

The website (URL) for STAT Floor Cleaning is: https://statfloorcleaning.com/

How is STAT Floor Cleaning rated?

STAT Floor Cleaning has a 5.0 Star Rating from 83 reviewers.

Been using this service for real. You can trust home for good professional service.

Wow. We have lived in the same house for 22 years and put down ceramic tile in the kitchen shortly after moving in. After raising two kids, and always with a pack of dogs in the family, our kitchen floor took a beating. I tested a spot to see if the dirt would come up. It did, but not without spending a day breaking my back scrubbing. And even then there was no way to get it uniformed. I found Eric on Google and based on the reviews, I decided to give him a call. After speaking with a couple of other tile cleaners the last year, I was shocked to learn how reasonable Eric's rates were. And the reviews were all so positive. Well today he came out, and after a couple of hours--we have kitchen floors that look as good as the day they were put down. It's unbelievable. A very satisfying transaction for sure. Eric is professional and courteous. In fact the only flaw I noticed was that he's a Cleveland Indians fan. Seriously, though, this was a really strong transaction. I recommend STAT highly.

STAT Floor Cleaning cleaned my hardwood floors and the tile floors in our master bathroom. They did a masterful job and I will be recommending them to my clients and using them again.