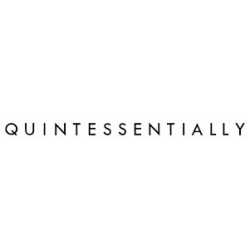 We work to support our members in their busy lives by providing them with their own dedicated lifestyle manager and luxury concierge service, on-hand 24 hours a day. Whether it's securing a last-minute booking at a Michelin-starred restaurant, gaining access to a sold-out event or organising business trips and dream holidays, Quintessentially's lifestyle managers take care of all the details, so that our members can get on with enjoying life.

What is the phone number for Quintessentially New York?

Where is Quintessentially New York located?

What is the internet address for Quintessentially New York?

How big is Quintessentially New York?

How is Quintessentially New York rated?

Quintessentially New York has a 3.0 Star Rating from 6 reviewers.

I am a vendor, providing an organizing service in NYC. Have had nothing but bad experiences with concierge services, including Quintessential, and their clients. Will never work for a concierge service again.

Absolutely not worth it. Their lowest tier is $10,000 a year, but if you have OpenTable and/or a decent secretary, you can save yourself the trouble/aggravation. My boss was a member for a year and went through 4 different “lifestyle managers,” with only one good one, who left the company. He was looking for help creating custom and unique experiences for him and his friends and family in and around NYC, which they said they could do, but came up short. Routine restaurant reservations and Broadway or concert tickets seem to be what they can handle. And the one time I requested a lunch reservation at a “high end” restaurant with 2 weeks notice, the lifestyle manager couldn’t get a reservation.
All of the other suggestions were very generic and not at all tailored to my boss's preferences. A country club membership he had already been invited to 10 years ago. Learn to make sushi for $1000. Drive 2 hours outside the city to do 3 laps on a track in a car my boss owned 5 years ago. Clearly they are just copying and pasting from their list of things to do.
The one event that was going to be “curated” for himself and hand full of his friends turned out to be a PR event/trunk show for an alcohol company. Imagine his embarrassment after he invited his friends and told them they were hosting a private get together for just their group, only to show up to event of over 50 people with a bouncer and no one even bothered to introduce themselves to him or his guests.
He also spent several thousands dollars (in November) on a limited edition bottle of cognac that was going to be engraved for his son’s graduation from a prestigious university (in April). After a few months went by and several emails back a fort about they were “working on it” and how they “were going to make it up him” (my boss) about how long it was taking, my boss decided not to renew his membership. After that, all communication stopped. He still doesn’t have the bottle he has already paid for. His son’s graduation has come and gone. I have emailed several people at the company, even asking if our original contacts still work there or who the appropriate person is to make sure my boss gets the product he paid several thousand dollars for. Nothing. Not a single response.
So if you like spending money just to spend it- go for it! If not, you can just google “luxury experiences in NYC” for free.

Was a member for one year. A very expensive service that does not deliver. I paid several thousand dollars for products in November that I still have not received. No response to emails, no communication on status updates whatsoever.