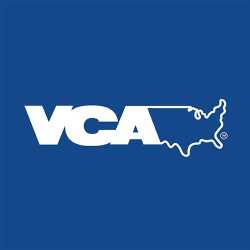 Due to COVID-19, hospital hours may vary. Each VCA hospital has health and safety protocols in place based on health care best practices as well as state and local guidance and regulations. These may include, but are not limited to, curbside check-in, health screenings, temperature checks and social distancing measures. Please visit our website for more details about safety at VCA hospitals, and call us before your visit so we can discuss the necessary safety protocols.

What is the phone number for Hope Animal Hospital?

Where is Hope Animal Hospital located?

What is the internet address for Hope Animal Hospital?

The website (URL) for Hope Animal Hospital is: https://vcahospitals.com/hope/services?utm_source=yext&utm_medium=yext_listing&utm_campaign=yext

How big is Hope Animal Hospital?

How is Hope Animal Hospital rated?

Hope Animal Hospital has a 3.5 Star Rating from 98 reviewers.

Our pets have been patients at Hope Animal Hospital (and at Cobble Hill Animal Hospital before that) for about 10 years. Ever since Dr Mason has left the hospital, we have had negative experiences.
About 2 months ago, I called because my cat was ill and in a lot of pain. The front desk staff told me they were booked and to find another vet. How can you say that to a patient of such long standing? After further discussion I was able to get an appointment, the vet ran several very expensive tests and found no issues. Only upon a second round of very expensive tests did she diagnose a UTI (I can’t imagine how this was not included in the first round of testing). And getting in touch with the vet to obtain the results was a nightmare. It took over a week to get the first round of results, multiple calls, and multiple promises to receive a call back which were not followed through on. I went through the same after the second round of tests.
Last week, I brought my dog in for her annual exam, which was over $800 and seems absurdly expensive for an annual exam and updated vaccines. I returned today for her rabies booster, was told by the technician I was set to leave and then received a frantic call from the front desk staff about 20 minutes later letting me know I didn’t pay for service. I’m now being charged an additional $100 for the booster. What a scam. It’s a $70 fee for the booster and a $35 fee for the “oversight of the vet while the technician administered the booster”. Funny how initially the front desk staff told me my dog didn’t even see the vet today, only the tech. Let’s not forget to mention my dog was back there for less than 5 minutes. I am extremely disappointed with our recent experiences at Hope Animal Hospital.

My 4 year old cat Ajah was treated with so much care at this establishment. Doctor Ashley was very attentive as well as her assistants. they explained everything to me step by step, and gave me additional information pertaining to his breed and his diagnosis also the care plan. The front desk admins were very nice as well and patient with me due to me having a lot of questions. Michael ( technician) called and texted to follow up with my cat's well being post surgery ( neutered), and gave me Ajah' s test results. I am very happy with my choice in choosing hope hospital !

We've experienced diminishing returns with this clinic. We've been with them for three years or so and the service just kept getting worse all the time. The doctors routinely confused our two cats (one is 5 and the other is 18!), insisted on expensive procedures and even yelled at me for the treatment of my cat. I am loving pet owner, but have the right to make a determination when it comes to medical procedures. Recently, I have called them 3 different times, was promised a call back from a doctor each time and never heard back. We are moving on to a different clinic.