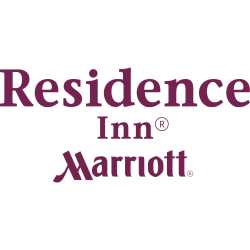 What is the phone number for Residence Inn by Marriott New York The Bronx at Metro Center Atrium?

Where is Residence Inn by Marriott New York The Bronx at Metro Center Atrium located?

What is the internet address for Residence Inn by Marriott New York The Bronx at Metro Center Atrium?

The website (URL) for Residence Inn by Marriott New York The Bronx at Metro Center Atrium is: https://www.marriott.com/hotels/travel/nycbx-residence-inn-new-york-the-bronx-at-metro-center-atrium/?scid=45f93f1b-bd77-45c9-8dab-83b6a417f6fe&y_source=1_MjAyMzEyNy01NDUtbG9jYXRpb24ud2Vic2l0ZQ%3D%3D

How big is Residence Inn by Marriott New York The Bronx at Metro Center Atrium?

What days are Residence Inn by Marriott New York The Bronx at Metro Center Atrium open?

How is Residence Inn by Marriott New York The Bronx at Metro Center Atrium rated?

Residence Inn by Marriott New York The Bronx at Metro Center Atrium has a 4.5 Star Rating from 803 reviewers.

This Hotel Priced Gouged me for days from $793 to $1200 five different occasions starting 9-18-17 until 9-21-17 with 2 rooms, one for me and one for my companion/shaparone. I was very clear in asking for a two bed one room but they 'did not exit' I was informed by Hotel staff. I was having my nose fixed for breathing issues and stated so and asked if they took just credit card or cash and was informed numerous times that my credit card would only check me in for $100 and the rest would be charged after leaving on 9-22-17 in cash. Various employees both male and female led me to believe everything was in order and gave me a confirmation number only after realizing that this is the only hotel near Montefiore Hospital. Each time I called back I would receive a different more expensive price so I asked why their prices were changing literally by the hour and was informed that 'it was due to their level of demand' which in NY state is called Price Gouging and is Illegal. One staff member was honest enough to state that "They had high prices given they were the only Hotel near Montefiore Hospital. I had no other option so confirmed reservations the morning before my surgery but was turned away once I arrived from a rude unprofessional tall Latin male staff member who refused to look at my confirmation number and bandages. I was in extreme pain and asked for management but no one came out, instead he went to a back room then returned to charge me $500 deposit cash. Then we tried to order a hot soup since I had a fever and were informed that only Applebee's was 'allowed' to deliver food. We were also informed that our visitors needed to be 'collected' from us at front desk as if my hospital stitches, bandages and unbalanced stance was that of a Hooker. The suite was beautiful at first glance but the kitchen sink was plugged and had dirty smelly old water, the water names Hot and Cold were all reversed so when I put on the cold water it was hot instead of cold etc. House keeping woke us up just past 8am to ask if we were checking out then came back again around 10am to bother us again. Once we left the room we couldn't have coffee because there were no sterafome cups. We brought this all to the attention to the morning attendant who seemed annoyed and informed us we could have coffee to his right in an empty wall so we left. There was a taxi waiting to take us exactly one block back to the hospital where he charged us $12 when a ride from the exact location to the train station is only $7 and about 2 miles away. All in all this has to be THE WORST Hotel Experience ever and I've traveled everywhere from California, Denver, Dallas, Miami and NYC not to mention out if the country. FYI There is NO Montefiore Hospital discount which was promised and staying here was the most expensive with the WORST staff from phone operators to front desk. I have filed a formal complaint with Marriott, the city of NY and other agencies so this illegal Price Gouging ends. I DO NOT RECOMMEND THIS HOTEL IN THE LEAST.

My fiancé and I had to leave our apartment in the middle of the night because a spider egg had hatched somewhere in our bedroom, and these little things were everywhere. We made the choice to spend the next two nights at the closest hotel while we dealt with the situation. Keep in mind we’re a young couple, with tattoos, we had left in our pajamas, We got HERE at about 5:30am, to meet a women at the front desk who’s hear looked like a toupee. She did not greet us, she was blatantly cranky. My fiancé asks the price for a room and she jolts “we have no rooms, we’re completely booked”, and turns us away. She was blatantly lying because there were bookings available only. She was undoubtedly being discriminative. I’m definitely going to be pressing this issue because I’m not stuck sleeping at a dirty motel.

In the beginning it was fine, we stayed in room 403, and ended up having fixed people above us, that purposely dragged chairs in each of the rooms, even the bathroom just to annoy us. The cleaning woman was very nosey, and people were noisy on the floors. The room itself was great, but the people staying there, including some of the workers, weren't.

Ok. So upon check in everything seemed to be on the up and up. Nice atrium decor. Go to our king studio. As soon as I walked in the room had looming smell of urine. Up a quick sweep of the room found a huge ROACHROACH. Went down stairs to reception the receptionist was unapologetic to say the least. It’s late I just paid $250 for this room and all you do is ask me do I want another room. No thanks Sis. We are outta here. NASTY NASTY NASTY.

U guys didn't have any Mountain Dew