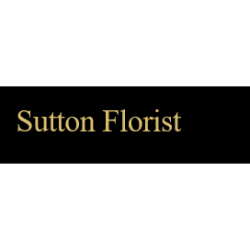 What is the phone number for SUTTON FLORIST?

Where is SUTTON FLORIST located?

What is the internet address for SUTTON FLORIST?

How big is SUTTON FLORIST?

What days are SUTTON FLORIST open?

How is SUTTON FLORIST rated?

SUTTON FLORIST has a 1.0 Star Rating from 5 reviewers.

I would highly discourage anyone from ordering from this florist. Not only did they get the order COMPLETELY wrong, but they also refused to hear my complaint, claiming that the store is closed and refusing to take phone calls after.

Flowers were delivered and left in the vestibule ( not in the lobby behind the locked door). Fortunately my neighbor noticed the name on the package and told me. This is not a private home where it would have been seen, but a 24 story building. If your couriers cannot simply ring a bell, they shouldn't be doing deliveries; won't EVER order from Sutton again

I ordered flowers for my daughter's birthday. Three days earlier she had surgery so I figured I would send her a nice bouquet of flowers to cheer her up since she was going to be home for a while. The flowers were supposed to be delivered on her birthday, she waited and waited but no delivery that day. The next day I continued to follow up on why there was no delivery. After speaking numerous times to the store that placed the order, they were very helpful in trying to get some answers for me as they knew that this was very important to me and my daughter. They said that they received a confirmation that they were delivered, but my daughter did not get them. I then called the sutton florist on Morris Ave. in Bronx, New York. After placing me on hold for 15 minutes, never to pick up the phone. I hung up and called back to be placed on hold for another 10-15 minutes, finally a lady came on the line and said her name was Margaret or Mildred. I gave her my name and started to explain the reason for the call, before I finished she interrupted and replied, you did not place the order at this location, you need to call the store that has your money, and then immediately hung up with a loud click. I then called FTD flower delivery and explained the situation to them as to which they said they they would send the florist a message and ask them to upgrade the order. Meanwhile the store that placed the order was still trying to get answers calling sutton florist in Bronx. They told them that they would be delivered within the hour. That was around 9am. Finally no delivery by 4 pm, I called the store that placed the order and asked them to just cancel the order and refund my money, they agreed to do just that without a problem. Finally around 5:15 the flowers were delivered by a dirty, unkept, shady looking character, that she was hesitant and afraid to open the door unto. The bouquet of flowers were nothing like what was ordered, but looked like a bunch of leftover stems from Valentine's Day, not even arranged well but just stuck in a vase that did not contain the ribbon bow. This simple gesture of love turned into a nightmare from hell. They had the apt number and phone number to call but never did. This florist should be OUT of BUSINESS. Their customer service is rude, uncaring, and unwilling to please the customer. I will NEVER do business with this florist again. Be warned take your business elsewhere. SUTTON FLORIST stinks. Save yourself the stress. Never again.
Barbara Richardson

If I could give this shop 0 stars I would. Mildred, who is the manager or owner, took an order from me going out on the 11th of December. I got word on the 23 OF DECEMBER that it wasn't delivered. I tried calling the shop and got the run around 4 times. "Oh she's on the phone", "Oh she's with a customer", "Oh she's on break and trying to pay a personal bill", "Oh she'll work on it when she gets a chance". My aunt is elderly and looks forward to that order on every holiday! This shop is awful and said that the arrangement was delivered. Beware, they're rude and thieves!

This flower shop has a blatant disregard for its customers and their situations that make them want to send flowers to seek comfort during hard times or celebrations. My mother lives in another state and ordered me flowers to be delivered to me for my birthday. They have placed her on hold times that add up to well over 30 minutes, and hung up the phone on her when she was merely trying to get to the bottom of why it wasn't received. They show in their computer it was delivered but nothing came. Meaning they have people on staff that just don't care to take the extra steps to guarantee service. They took an kind gesture and turned it into a stressful nightmare. Trust me! If u want to make a loved one smile, this is not the place.