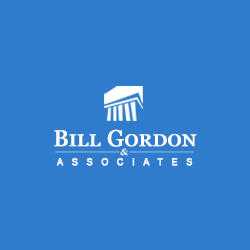 The law firm of Bill Gordon & Associates provides legal support to individuals applying for Social Security Disability benefits. Our firm seeks to obtain the benefits you and your family deserve if you are disabled. Whether filing an initial application or pursuing an appeal after a benefit denial, we can help facilitate the process to give you a greater chance of success. Our attorneys and legal assistants have the right experience to shepherd your case through Social Security's complex processes. For initial applications, we will make sure that you have complete documentation of health conditions and work requirements. If your first application is denied, we will gather more evidence to be submitted for a Reconsideration. If your application is again denied, we will assign a local attorney to prepare your case for a hearing in front of an Administrative Law Judge. Our legal representation can make the difference between another denial and a successful award. We will prepare a strong case for your disability benefits and coach you so you know what to expect from the Judge and invited medical or vocational experts. We will sit by your side at the hearing and question the experts on your behalf. Bill Gordon & Associates welcomes clients across the U.S. to our "practice without walls." We invest our resources in people and technology rather than office space to give each case experienced and professional attention. We offer a free consultation and immediate access to our staff.

What is the phone number for Bill Gordon & Associates?

Where is Bill Gordon & Associates located?

What is the internet address for Bill Gordon & Associates?

The website (URL) for Bill Gordon & Associates is: http://www.billgordon.com/albuquerque/

How big is Bill Gordon & Associates?

How is Bill Gordon & Associates rated?

Bill Gordon & Associates has a 4.5 Star Rating from 164 reviewers.

Don’t trust these guys!!! They signed a contract stating they will only take 25% and then AFTER your case is closed, they TAKE MORE MONEY from your disability!!! Bunch’s frauds!!! Don’t do it!!!!

I decided to use Bill Gordon and Associates to file for a disability claim that was denied. I had pretty good customer relations with them. I feel like they could have talked more to me and could have been a little bit more associated with me.I feel that they took my case on with the idea of completely winning it. I had actually talked to a lawyer before them and they said no there was no way of winning my case. I should of took their advice . After being denied three times and three years of fighting ! With the option of appealing it again another year or more! I decided not too. I feel like my decision paperwork was pretty cut and dried. They didn't really tell me that the lawyer wanted to appeal it again. I actually had to tell them no I wanted to stop at that point they seemed irritated at the situation and told me the lawyer would call, nope no call ,dropped . I am not blaming Bill Gordon for my denial. I wish I would have known that even with a lawyer you only have a 20% chance of winning your case .That is our government for you . You pretty much have to have half of your brain missing no offense to get get your case approved. Really and I mean really state your medical problems . I feel part of it is also up to the judge some judges or more accepting and some are not supposedly my judge was more accepting of cases and had a higher rate of approval. Be careful of reviews because people that get their case approved are going to rate a five star review . Again not up to the lawyer its the judge and SS .

They went through the process but didn't win my case.

Were not helpful. Only wants high dollar clients, Covid, etc.