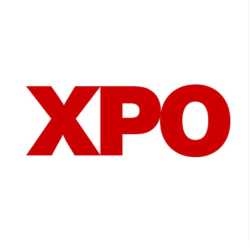 XPO is a global leader in less-than-truckload transportation, and one of the largest LTL providers in North America. Our robust network of LTL trucks, drivers and terminals is your solution for regional, national and cross-border shipping. With coverage that extends to every state, including Alaska and Hawaii, we deliver to 99% of all U.S. postal codes. For cross-border requirements, our network extends to Canada, Mexico, and Puerto Rico.

Where is XPO Logistics located?

What days are XPO Logistics open?

How is XPO Logistics rated?

XPO Logistics has a 2.7 Star Rating from 33 reviewers.

Delivery went from being Monday, to Tuesday, to confirmed Wednesday, only to be cancelled day of due to a “problem with delivery driver” , then rescheduled to Friday. They originally said they’d let me know 30 minutes before arrival on Friday, but instead I got a 10 minute notice. My partner and I had ordered a couch for our 6th floor apt, being fairly certain it could fit in the elevator. The two men that brought the couch hardly looked like professionals, tried to get it in the elevator 1 time, and then insisted it didn’t fit and that they were going to take it back because they weren’t going up the stairs. Take it back, lol? I’m a young woman and I could clearly see that taking off the packaging and maneuvering it into the elevator with an ounce of intelligence and care could get the job done, but I wasn’t strong enough to do it myself. They refused to let me take the packaging off so they could try again, claiming the packaging didn’t matter (it definitely did) and then just stared blankly at me. Ultimately they were so obviously useless that I told them to leave my brand new couch in my apartment building lobby, where it remained for several hours before the help I had to HIRE came to bring it in. The men I hired from task rabbit were 1000x friendlier, and once i took the packaging off it took them 1 try to get it in the elevator and up to my apartment.
Xpo sucks, the delivery “men” suck worse. I deserve my money back for the delivery within apartment I paid for, but what would you know, I haven’t received that either.

8 days to get a pallet from their warehouse 10 miles from me to be delivered to me. My last one was delivered somewhere else not to me. It was lost. Now im on hold for 28 minutes listening to a recording saying "my wait time on hold is less then 2 minutes"

XPO Logistics told me a plastic shed I ordered from Ace Hardware was going to be delivered Friday June 18th or Monday June 21st. XPO logistics made me sign a waiver that they can leave the delivery in the driveway unattended and they are not responsible if the item went missing after delivery. The shed never came those dates. I emailed with no response, then I called to confirm the shed was not delivered and missing/stolen from my property. They confirmed it was not delivered and that it was “coming today” 6/22. It didn’t come then, I started calling once a day to see if the shed was coming so I could move it ASAP and everyday they said “it’s coming today”…I figured out they just say that to get you off the phone. I finally cancelled the order on July 6th because the shed was never delivered.
**update - XPO logistics now says the shed was delivered on june 18th even though I have proof it was not. I have records of correspondence from them saying “it’s coming today” after June 18th. We had to dispute the charge because the shed never came. I think they delivered to the wrong address personally but I don’t know for sure. XPO says they have photos of it delivered but all those times I called to check the order they said “it’s coming today” weeks after the date they now said it was delivered. We have a ring door bell and have proof it was never delivered. XPO either lied about the shed being delivered or lied when they said “it’s coming today” all those times I called. It’s clear all those times I called they never checked the order. XPO lied to me and said it was coming today to get me off the phone. Now we are in the process of an $1,100 credit card dispute with them. Very dishonest company AVOID.

Horrible company. I pray they go bankrupt. Useless services and I will never order from any company that will use them to deliver. They are not a serious company

They lost my Samsung washer the first time. Then, they continued pushing the delivery of the drier and so far, I have not received it. Tony, from the Resolutions Department, was very unhelpful and unprofessional and Anne seemed careless. Tony said the warehouse never answers and they can just send emails that go unanswered. It's going to be 3 weeks of this. I don't know why Samsung does business with them, it's a horrible business partner.