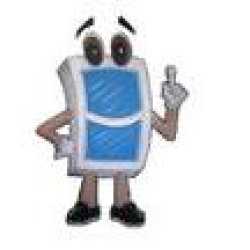 Mr. Glass is a family owned construction business specializing in all glass related products for over 40 years. We use only the finest products and our technicians are trained in all standard safety requirements. Please call today for a free estimate.

What is the phone number for Mr.Glass Plus?

Where is Mr.Glass Plus located?

What is the internet address for Mr.Glass Plus?

How big is Mr.Glass Plus?

What days are Mr.Glass Plus open?

How is Mr.Glass Plus rated?

Mr.Glass Plus has a 3.5 Star Rating from 21 reviewers.

I brought them 2 wooden sash windows to repair and was told I would have to wait 2-3 business days to have glass repaired. Today makes four and a half days. I called them several times to check on the status but got no where with the office staff. Finally had to go there in person but place was closed when they were supposed to be open. On the door was a sign saying that they have a second location. So back in the truck and off to their other location. As luck would have it the original location sent my windows to their 2nd location to get repaired. (They never mentioned that they don't repair windows in their Clifton location) So I picked up my windows from the 2nd location and get home and noticed that they used silicone on a wooden sash window. Wooden sash windows are supposed to be repaired with window putty not silicone.. Needless to say I do not recommend this company for your window repairs.

Came on schedule and repaired a sliding glass window in my home. The estimate was reasonable and the work was done in a timely manner. Nice friendly people . Very efficient.

USE SOMEONE ELSE!
I rarely write reviews, but our experience with Mr Glass was so awful just had to write it up. A fellow named "Junior" sold us windows we needed replaced. He said two weeks . Over six weeks later, after numerous calls to their office, promises from Jennifer of return calls that never happened, and a final desperate text to Junior, they show up. Missing one out of five windows! Install caulking is sloppy. USE SOMEONE ELSE!

Been waiting 6 weeks now for my windows. Now when I call, the lady just takes a message and says "someone will call you back". If they're delayed just give me an answer, I'd rather the truth than this runaround.