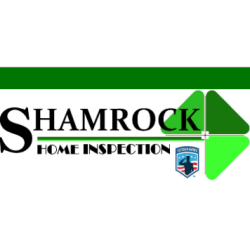 How big is Shamrock Home Inspection?

How is Shamrock Home Inspection rated?

Shamrock Home Inspection has a 4.7 Star Rating from 31 reviewers.

John did a wonderful job of not only completing our commercial inspection, but educating us on steps performed and things to look out for. 5 stars for professionalism, friendliness, and performance.

John constantly impresses me with his knowledge and thorough inspections he performs for my clients, I highly recommend going with Shamrock!

Did a great job with a property inspection for me! Very thorough, prompt, and professional.

I'd suggest you fill up the sinks and bathtubs, allow them to drain and then check to make sure everything is draining properly and not leaking. We found a lot of plumbing issues shortly after moving in. The garbage disposal was not hooked up correctly allowing water to spray and drip all over the cabinet beneath the sink. After taking the first bath and releasing the drain we found gallons and gallons of sewage spewed all over the brand-new carpet in our hallway. This also happened because the inspector failed to notice the drain plug in the laundry room floor had not been covered. They had put laminate flooring over it and cut out an opening resembling an "x." I don't know how one could miss that. I discovered it by stepping into the hole which is in the middle of the floor. Anyway, we ended up with a $600 plumbing bill because all of these plumbing issues were completely overlooked. After all the expenses of moving, no one wants the surprise of a $600 plumbing repair.
We bought our new home with cash. This inspection was not required by anyone. We paid almost $300 so we could learn of any issues that the sellers should take care of and would have taken care of prior to closing. Money completely wasted. I recommend waiting to leave your review until after you have lived in your new home for a few weeks to find what he should have.
Response to John: IF you had indeed ran all of the plumbing you certainly would have noticed water shooting out, in multiple directions from underneath the sink. This was NOT a minor leak. Also, you would have noticed the water not draining properly from the master bathroom as the VERY FIRST BATH/SHOWER we took in the home caused a major flood.
Also, had you actually ran and inspected the dishwasher you would have noticed there was a lot of broken glass lying at the bottom, preventing it from draining properly. Also, you should have noticed that the sprayer on the kitchen sink was not hooked up.
Yes, there absolutely was a hole cut into the laminate floor inside the laundry room. Neither of us made a cut into the floor and we don't appreciate the insinuation that we are being dishonest about these fiascoes you failed to detect.
You seem to be confused that we waited a long time for these issues to manifest. These issues became apparent within the FIRST COUPLE OF DAYS after moving in. We simply put off leaving a review because that hasn't been our priority. We see any need to further waste our time with someone who is going to claim we are dishonest and simply busy himself with typical CYA BS.
Just a warning to potential customers that they can certainly find better. We've bought several homes in Vegas and this was the worst inspection by far. Sure, a handful of issues were brought to our attention but, nothing any Captain Obvious couldn't point out. We paid for a professional inspection and feel we totally wasted our money on this one.