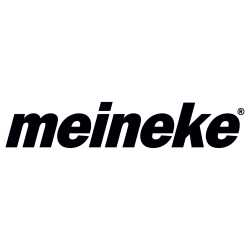 Meineke Car Care Center has been America’s local auto repair shop since 1972. Starting out as a muffler shop we have expanded to a full service car repair shop that performs services from car ac repair to exhaust repair to tire changes at our tire shop. Every year we service thousands of tune-­ups, oil changes, transmission repairs and brake services. Don’t let car repairs take over your life, come to your local Meineke in Las Vegas today!

What is the phone number for Meineke Car Care Center?

What is the internet address for Meineke Car Care Center?

The website (URL) for Meineke Car Care Center is: https://www.meineke.com/locations/nv/las-vegas-2110/

Meineke Car Care Center has a 4.2 Star Rating from 405 reviewers.

The service attends was not very helpful.i ask for the rewards point for my air filterband he say i dont have any point which is not true. Dont say goodmorning dont says good by .first time i have some service guy like him .you need to send it to public relations

I was surprised that even though I had an appointment, it took an hour and 1/2 for the oil change. I was also surprised that they charged me 128 instead of the advertised price of 69.00. They said it was bc I needed an air filter so whatever I guess.
They were nice, but also quoted me 810.00 for a front brake job, but according to the internet it appears that’s roughly twice as much as anywhere else. Service: Oil change