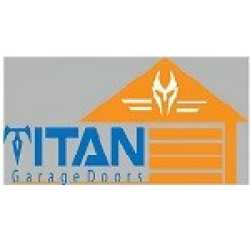 Titan Garage Doors has been operating in Nebraska since 2015, offering a solution for all types of garage and overhead door needs. We offer residential repairs on a same-day basis, commercial maintenance service, and support to our customers. Our company is proud to be chosen by Home Advisor as the best-rated company in the Garage Door Industry for 2018. Fee free to give us a call and we will be happy to solve your issue in a timely manner.

What is the phone number for Titan Garage Doors?

Where is Titan Garage Doors located?

What is the internet address for Titan Garage Doors?

The website (URL) for Titan Garage Doors is: https://titangaragedoorsne.com

How big is Titan Garage Doors?

How is Titan Garage Doors rated?

Titan Garage Doors has a 4.8 Star Rating from 78 reviewers.

First company I called said I needed an expensive conversion system and unless I hired them my van would remain stuck in the garage, charged $68 for the estimate.
Triton guy visited and before anything else, showed my how to safely brace the garage door and get the van out. Then he confirmed the need for a conversion system but explained that certain other companies might carry the door without a need for the conversion system. I was impressed with the technician's patience and honesty. Triton estimate was $100 lower than the first company, and they did not charge for the estimate.
I will be calling Triton for future garage door needs, due to their willingness to help the customer and being fully honest about the options.

Someone ran into our garage door, just enough to dent the lowest garage door panel and throw the vertical track (slightly) off. I'd originally called another area garage door company to come out and fix things. This other group was friendly but unfortunately just made things worse. Enter the Titan Garage Doors team. Jake gave me a call before he headed out, quickly assessed what was wrong, and (with the exception of the dent in the door) had my garage door running smoother than before the hit in no time. Jake didn't try and up-sell me on anything and let me know what things would cost (and when they would cost a little extra) ahead of time. I can't speak for the rest of the team (I'm sure they're all great) but I wouldn't hesitate recommending Jake to any of my friends or family.

Not impressed. Sales person attempted to sell things I did not need nor want. Would suggest having your sales people listen rather than talk.
Received three other estimates and Titan was the highest by $700 and yes it was the same product. Hopefully they do better with other potential clients.

The guy from this garage door company was super easy to work with. He met every need I had and his team did an excellent job installing the garage doors and making sure I was satisfied before they left.

My grandparent’s car was stuck inside their garage since the spring of their garage door broke. I called this garage door company and they were able to follow my instruction that they have to call my grandpa’s number first as they don’t just answer to a stranger knocking on their door. My grandfather called me and said he found a new friend as the garage door technician is so friendly, Thank you!