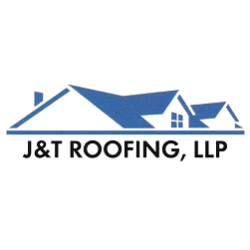 Finding local Billings Montana roofing contractors who you can trust to perform quality work on your roof is critical to making sure that your belongings and home stay safe from the elements. At J&T Roofing, LLP, we use premium materials for all of our work and provide a warranty on all of our workmanship. As one of your local Billings roofing companies, we always offer you a FREE written estimate so that you can see that there are no hidden costs and that our rates are highly competitive within the industry. If it is for Storm, Ice or hail damage, a new or re-roofing project or even leak repairs give us a call now as your local Billings roofers, we specialize in asphalt shingle and flat roofing, steel roofing, roof and attic ventilation and furnace piping. Call today for your FREE ESTIMATE!

What is the phone number for J&T Roofing, LLP?

What is the internet address for J&T Roofing, LLP?

The website (URL) for J&T Roofing, LLP is: http://www.thebillingsroofingcompany.com/

How big is J&T Roofing, LLP?

How is J&T Roofing, LLP rated?

We highly recommend Joe and his crew. They replaced 2 roofs for us this year. Their work was excellent and completed on schedule, prices were fair, and they did a great job of clean up. They came on time, worked hard all day and made the roof replacement process a painless one for us!

It is not the first time I have used J&T roofing. First time was spring of 2010 as we had an issue in our kitchen. During the winter, ice would form in a certain spot. We had numerous folks come and try to diagnose our issue as I did not want to open up the kitchen ceiling quite yet. Joe was the only on that came up with the actual problem of a vapor issue as the spot in the kitchen had no insulation in the ceiling.
June 2010 was the tornado and storm damage. Joe was my first call that day to get on his list to replace out roof. Joe and his team got to our house in September. Very professional and timely. Joe and his team took there time to do the job right. Plus Joe warranties the work.
Now it comes to 2020, noticed and issue in our garage roof. Sometime ago, but just never had the time to dig into the problem. Removed some of the garage ceiling sheetrock and could tell there was a leak. Called Joe and he was able to come out the next day. Reviewed the situation and determined the issue where the house and garage roofs come together. Joe said he would be back in the afternoon to address the issue. Plus told me he it would be taken care of as warranty work. Joe finished the work later that afternoon and said if the leak continued to call him and he would come out and address. To date, no issues.
Joe and team is the only roofing company I will use and always recommend them to anyone looking for a roofing company. Services: Roof installation, Roof repair