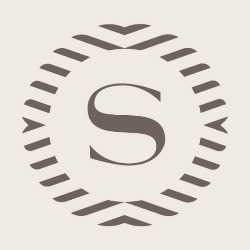 What is the phone number for Sheraton Westport Plaza Hotel St. Louis?

What is the internet address for Sheraton Westport Plaza Hotel St. Louis?

The only saving grace at this hotel was the wonderful staff! The front desk ladies were absolutely delightful. The hotel itself is ok but the room was very run down. We booked online and the room was $300. Thank God they gave us a discounted rate. The location is fantastic but I'm not sure we'd stay again.

I did not like the staff and the breakfast process.
On my first day there I went to bar to see the menu to decided if I would eat there or out. There was only one customer. Bar maid had helped this customer I was the only other person there she never acknowledged me or offered to help after 3 min so I left. Poor service!
The next day when I arrived for breakfast at 10:50 AM (10 min before closing), they told me they could no longer serve me, I could only do take out. I felt as if she tried to persuade me to eat at the chalet because they did not want to cook before closing. The waitress knew Sheraton's other restaurant was on the property but did not know where it was. (Below expectations).
I decided to order take out anyway. After being told it would take 10 minutes, I was later told it would take 5 more minutes because they did not have to go boxes.
It is hard to know if they did not to serve me because it was so close to closing or if they were unprepared to do the main function of their job.
After paying Expedia Sheraton also billed me. I disputed it and they say they will reverse it.
Outlet on their lamps so its easier to charge my phone with out having to unplug lamps.
I loved the gym, I recommend that they put sanitizer in the gym, which would allow customer to wipe down the machines between usage. Or at least wipe hand.
Overall Sheraton merely met expectation, but the staff and processes for dining were below expectation. I will look elsewhere next time.