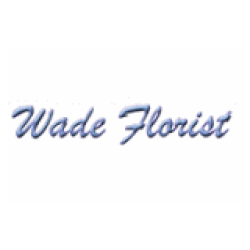 What is the phone number for Wade Florist?

Where is Wade Florist located?

What is the internet address for Wade Florist?

What days are Wade Florist open?

How is Wade Florist rated?

Wade Florist has a 4.5 Star Rating from 10 reviewers.

Special little place. Very helpful in celebration of our loved ones lives

I ordered flowers for an apartment resident and they were delivered on a Friday to the apartment office per the apartment's policy. The apartment never notified the recipient. I thought the flowers had not been delivered so called Wade Florist on Monday since they were closed over the weekend. After talking with them and then having the recipient go to the apartment office we discovered what had happened. Wade Florist had asked me to let them know if the flowers were found. When I called them back they offered to resend a new bouquet at no cost to me. I offered to at least pay the delivery fee which they also declined. The new bouquet was delivered the next morning and was beautiful! It was no fault of Wade Florist and they still did everything they could to ensure a fresh, beautiful delivery. Tamara was very helpful and lovely to work with. Thank you, Wade Florist, for your professionalism!

Went to a Wake hard to give a rating