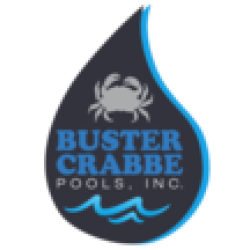 For anyone in the Springfield and Southwest Missouri area, we offer several sizes and models of above ground pools that will fit anyone’s budget.

What is the phone number for Buster Crabbe Pools?

Where is Buster Crabbe Pools located?

What is the internet address for Buster Crabbe Pools?

The website (URL) for Buster Crabbe Pools is: https://bustercrabbepools.com/

How big is Buster Crabbe Pools?

Is there a key contact at Buster Crabbe Pools?

How is Buster Crabbe Pools rated?

Buster Crabbe Pools has a 4.4 Star Rating from 45 reviewers.

Exceeding expectations is rare, but Buster Crabbe does just that! The crew just completed our pool and we are extremely pleased with the result. The entire crew was professional, trustworthy, and hard-working!! Attention to detail was impeccable and each member of the staff was truly invested in the project. Thanks to Jeff, Junior, Bob, Travis, Kyle, Keith, Ethan and Andrew and all!

Got what I was looking for nice friendly service

DO NOT USE THIS COMPANY! We just got a bill for almost $800.00. The opening alone is $629.63. This is NOT comparable to ANY other company in this area. Go elsewhere, trust me. This is the first time we have used this company to open our in ground pool. They do NOT include in their opening package, what others do for HALF the price. They will NOT quote you an opening fee ahead of time- do you see the scam here? They have "over inflated" their time here at the house, even though we have security cameras telling us how long they were here. We tried to call and reason with the owner, he is also the problem. Better business bureau here we come - with security footage in hand!
In response to the allegations of blackmail - First of all I never even spoke to you, my husband was on the phone with you the whole time, so this is another lie! My character is not what is in question here SIR, YOURS IS!
Webster defines blackmail as this: the action, treated as a criminal offense, of demanding payment or another benefit from someone in return for not revealing compromising or damaging information about them. Which "is" a criminal offense, please feel free in pressing charges. I long to see you in court!
Also "TYPICALLY" and (I'll go slow) as I know you are limited in your understanding of the truth: The one lying has the most to lose or gain. As I DID PAY THE BILL IN FULL two days after receiving it, what then would I have to gain by telling the public of your mishandling of time and billable hours? I have enough money to buy your company from you - your over inflated bill was not of financial offense, but rather of moral offense. Please feel free in googling "Father of lies", then see why your company may not make it, here in the bible belt, where people work hard and are HONEST! See you on the other side, my friend.

First, we never had any issues with Buster Crabbe, it would have been 5 star if it wasn’t the person that they recommended to us, (and the guy name is Joe) to install our above ground pool. Our issues happened when the installer started the job from digging a whole and putting the sands, which we thought it was great because they start the job as what they said they were going to start, but nope it was just the beginning of our issues! Installer did not came back after a month with the hole and sands got washed out from the rain, which we understand they can’t install pool during rainy day but we had good weather and we even messaged the installer and asked when they will going to proceed the job, as we know weather wise would be good, and he replied to us the day he can come but never showed up, with no communications why they did not showed up, and we just kept messaging him when he can start the pool, but as always he just have so many reasons. ( I have kept all the messages, and our conversations from him.) so finally our above ground pool got installed after a month and a haft. We just even did the finishing up from back filling and decking as part of the job that we asked for the installer to do just because we don’t know when he will be showing up to do it again. But anyway, as our above ground pool goes, we noticed some issues as my husband thinks its from lacking of sands, Its the T-post showing up in the ground inside the pool. My husband called the installer and installer showed up to inspect, without telling us he was coming and (our 16 yr old daughter freaking out as guys walking around our backyard.) I looked at our camera and heard them cursing and calling as idiot, just because he thinks its not an issue for him. I don’t like writing reviews to make people look bad, but when I saw the video of him insulting us, is below the belt.